In the memories of the victims who lost their lives in the last year earthquake and tsunami of March 2011 in Japan, Harley Davidson Company is preserving the tsunami Harley which was found last month in a container after being swept 3,000 miles from Japan into the Pacific Ocean.The 2004 FXSTB Softail Night Train Harley’s owner was tracked with the help of the license plates which were attached to the bike at the time it was recovered on Graham Island off the coast of British Columbia. 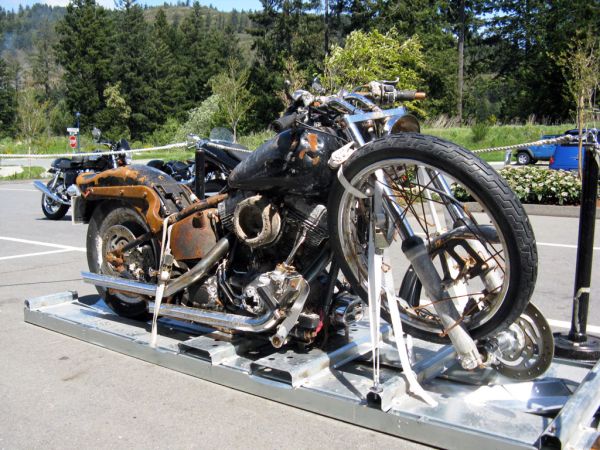 The motorcycle belongs to 29 year old man Ikuo Yokoyama who is still living in a temporary house after he lost his home and three of his family members in the tsunami catastrophe.

Harley Davidson offered Yokoyama his bike with full restoration but he respectfully declined the offer as he wanted the bike to be preserved as a memorial to the tragedy and 16000 people who lost their lives in the devastating tsunami. The motorcycle is raising funds for the tsunami victims in Vancouver currently before it makes its final journey to Wisconsin where the bike will be kept on display at the Harley-Davidson Museum in Milwaukee. 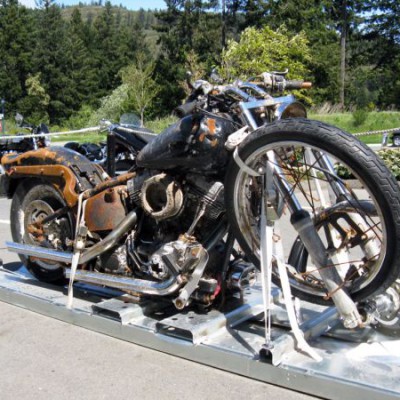 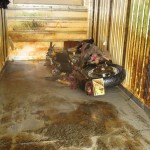 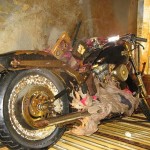 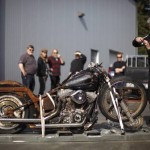 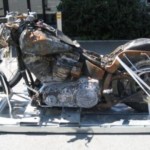