David Barford, a Formula One engineer from East Hunsbury, Northamptonshire has fulfilled his childhood dream by creating a pedal powered aircraft. Barford, 42 has built this unique plane in his own garage and it took him eight years along with £8,000 to complete it.

The Aircraft called “Betterfly” took its first flight in June from Sywell Aerodrome, Northamptonshire and the flight lasted for 18 seconds, reached an altitude of 2 meters at a speed of 17mph. 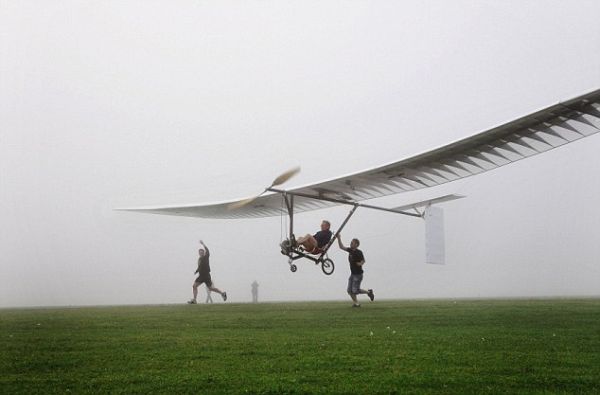 The plane is having a wing-span of 20 meters and is powered entirely by the pilot who pedals like a bicycle. It is kept very light by using special carbon. Betterfly will be taking part in The Royal Aeronautical Society’s Icarus Cup competition for human-powered flying machines where it will compete in races against other man-powered planes. 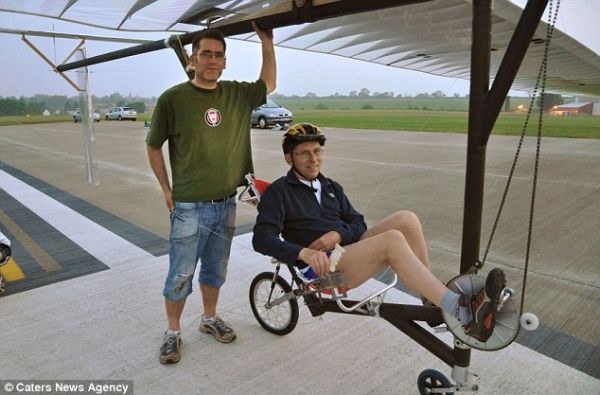