The London Olympic Games are just few days ahead and to commemorate the event, a Czech artist has turned London’s traditional symbol, a red double-decker bus into a robotic sculpture that can perform push-ups.

David Cerny started his work on this piece of art by buying a 1957 bus from a Dutch vendor and then he attached two huge robotic arms and installed an electrical engine to power the arms. Christened as “London Boosted”, the 6-tonne bus can do push-ups at various angles, fitted speakers produce groaning sounds and video projections create flashes in the windows. 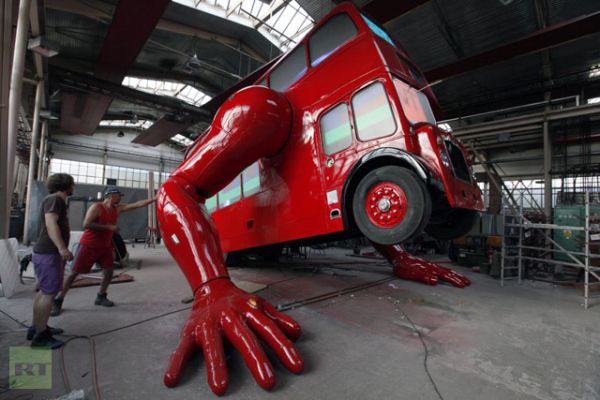 Cerny said that the most common exercise in the world for every sportsperson is the push-ups. It is the basic and universal exercise for training and is also considered as a form of punishment in armies and prisons. 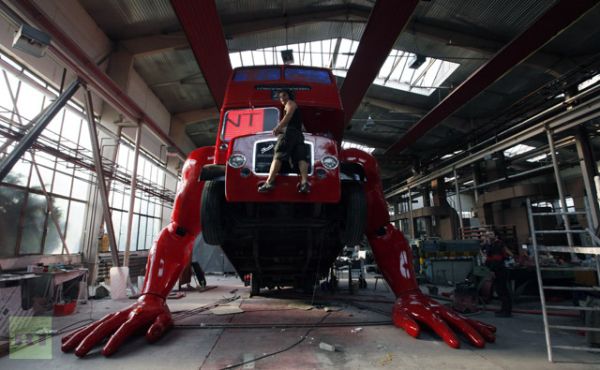 The “London Boosted” robotic bus sculpture was installed outside the Czech Olympic headquarters in Islington, north London and will reside there during the course of 2012 London Games.