The first Android smartphone of Vertu, a British-based manufacturer of luxury mobile phones has been making headlines as the first pictures and specification details of the phone was leaked ahead of its expected official  launch on February 12, 2013 in London.

Called Vertu Ti, the handset made its leaked debut at the Japanese website Blog of Mobile. The smartphone will be equipped with a 1.5GHz dual-core Qualcomm Snapdragon S4 processor, 800 x 480 touchscreen and a 1,250mAh battery. 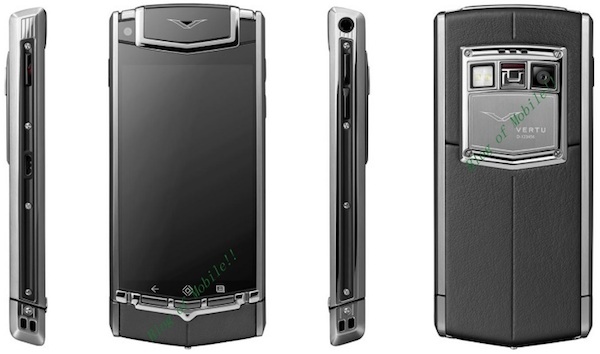 Featuring a WVGA display resolution, Vertu Ti will run on Android 4.0.4 “Ice Cream Sandwich” and will be supporting Bluetooth 4.0. This Android phone from Vertu is expected to retail for about $4000.