Engineers at the Harvard School of Engineering and Applied Sciences have created the world’s smallest flying robotic insect. Inspired by the biology of a bee and the insect’s hive behavior, the penny sized flying robot is named the RoboBee.

RoboBee weighs around 80 milligrams and has a 3 centimeter wingspan. The two wafer-thin wings flap at 120 times per second. Strips of ceramic called the piezoelectric actuators that expand and contract when an electric field is applied are used so these tiny robots can fly. 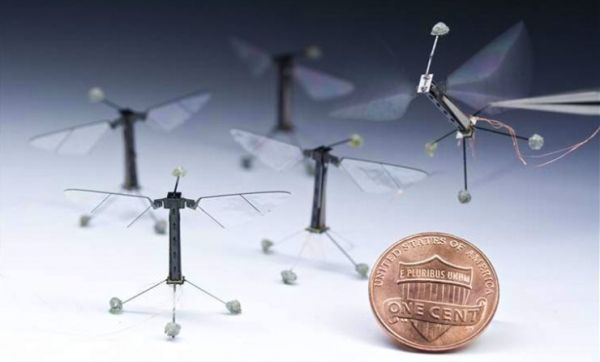 RoboBee can take off, hover for a short period, change directions and can fly at a low speeds. Still a work in progress, engineers hope they can use these tiny flying robots in various fields like military surveillance, search and rescue operations, traffic monitoring and weather and climate mapping. The RoboBee project took more than 12 years to develop whose details were published by the Science magazine on Friday. 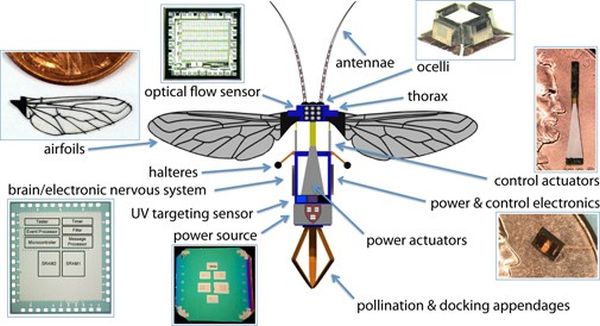 Via: The Age, Dvice