Lego is used mostly for toy building by the kids. However, two grown up men have used Lego to create a full sized car. Melbourne-based entrepreneur Steve Sammartin and his 20 year old Romanian partner Raul Oaida have constructed a hot rod entirely out of Lego. The car is powered by air and is fully functional which means and it can be driven on the road. 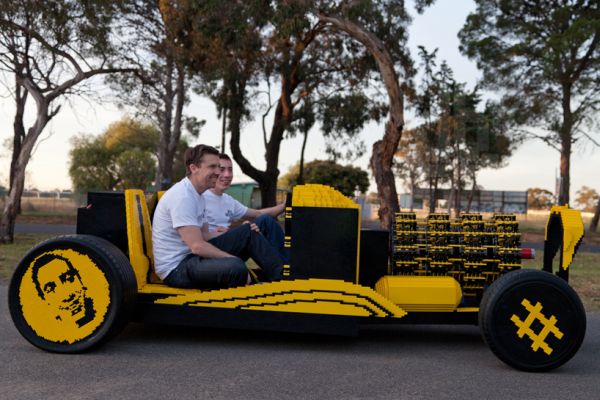 They both started the “Super Awesome Micro Project,” to raise funds between $500 -$1,000 to start the work. This full-sized Lego hot rod is made from more than 500,000 Lego bricks. Even the air-powered engine is also constructed from standard LEGO pieces comprising of four orbital motors with a total of 256 pistons. The Lego car can hit a speed of 18mph. It was built in Romania and then was shipped to Australia. The only non-Lego parts in this bright yellow beauty are the gauges, rims and tires.