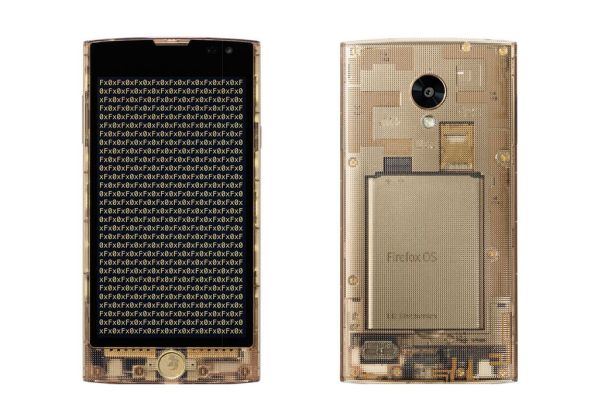 KDDI, Japanese telecommunications operator have launched the Fx0 Firefox OS 2.0 Smartphone in Japan. The smartphone is the first Firefox OS based phone to hit the country. Built by LG, the mid-range smartphone comes with a transparent body. The phone is designed by Japanese artist Tokujin Yoshioka and runs on the latest version of Mozilla’s mobile OS. Based on the design of LG G3, the Fx0 smartphone comes with transparent front, back and side panels and features a golden Firefox logo home button.

LG Fx0 transparent phone comes with a 4.7-inch IPS display and features an 8-megapixel rear camera with LED flash and a 2.1-megapixel front facing camera. Other specifications includes a 1.2GHz Snapdragon 400 quad-core processor, 1.5GB of RAM, a 2,370mAh battery and an internal storage capacity of 16GB. Weighing 148 grams and measuring 139x 70x 10.5mm, the KDDI’s Fx0 smartphone is also the first device running on Mozilla’s mobile OS to include 4G LTE and NFC support.
The Fx0 smartphone by KDDI priced at 50,000 yen (about $420) is currently under limited sale and will be available all over Japan from January 6th, 2015. 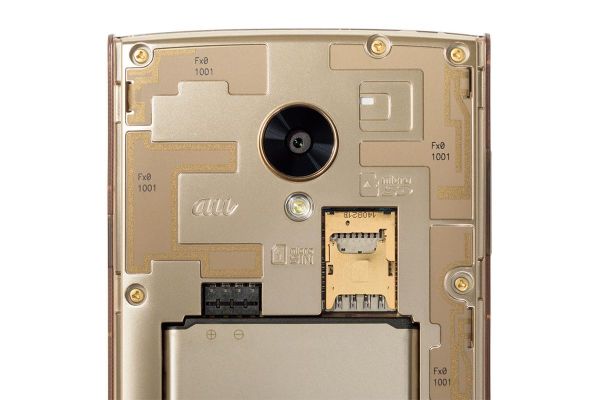 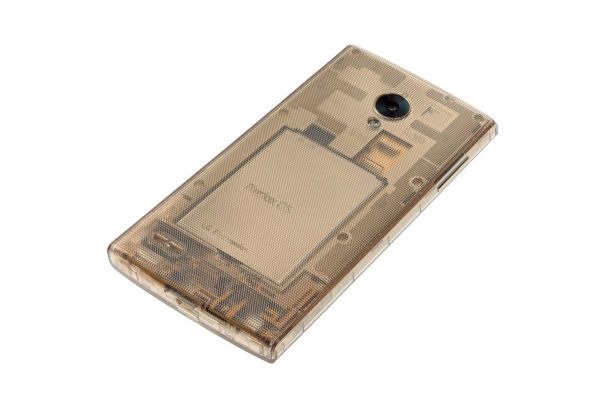