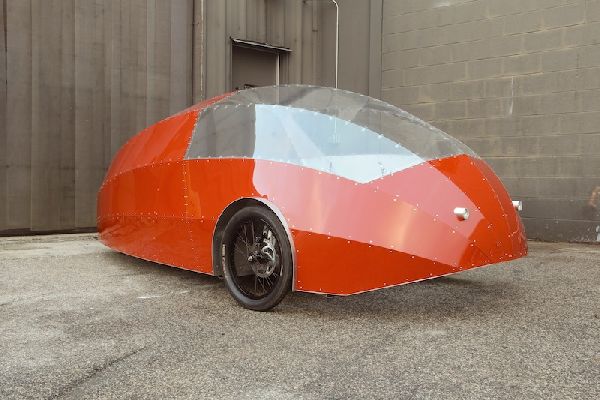 The 2015 North American International Auto Show (NAIAS) is in its final phase with couple of days left for the event to finish. THE FUTURE PEOPLE, a collaborative creative team of Michigan-based Cameron and Rachael Van Dyke have also unveiled two new concept cars at the event. Both avid bicyclists, the most recent collaboration of the husband and wife duo is “Future Cycles”, futuristic human-powered vehicles. According to them, they wanted to create a car-like experience by offering weather protection and large carrying capacity in a vehicle that is human-powered and legally defined as a bicycle. 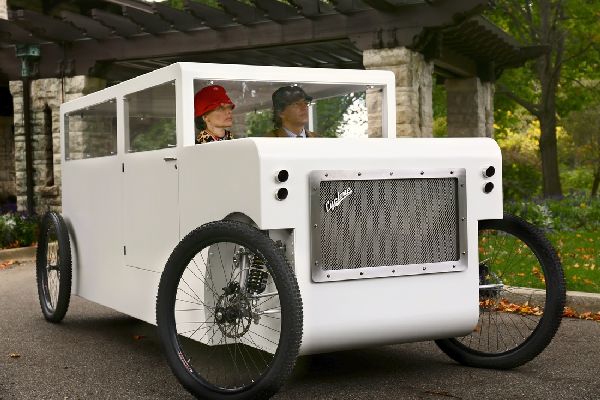 First of the two concept vehicles is Cyclone which as per the designers is a human-powered luxury vehicle. It is pedal-powered by two riders from the front seat and has additional space for two passengers in the back. The human powered car is constructed by combining boat building techniques with bicycle technology. It features brushed aluminum details and a fine leather and mahogany interior.

The second vehicle unveiled by THE FUTURE PEOPLE at the auto show is the three-wheeled Zeppelin. Powered by two riders in combination with a 750w electric rear motor, it is a human electric hybrid vehicle that can reach a top speed of 25 mph on flat ground and has 20 mile electric range. It is constructed from aluminum and polycarbonate using bicycle technology. Weighing 270 pounds, Zeppelin is street legal and requires no additional license, registration, or insurance.

Future Cycles by The Future People will be on display at the 2015 Detroit Auto Show at the Cobo Center through January 25. 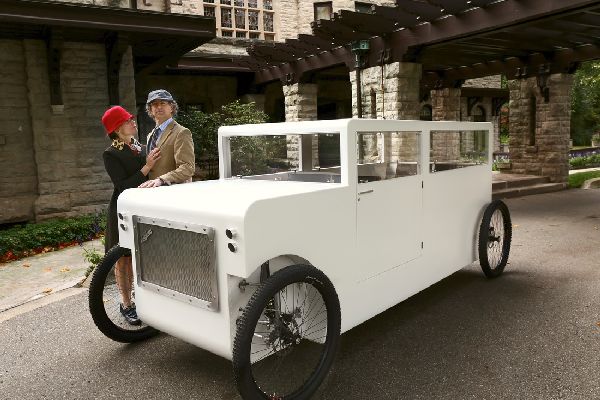 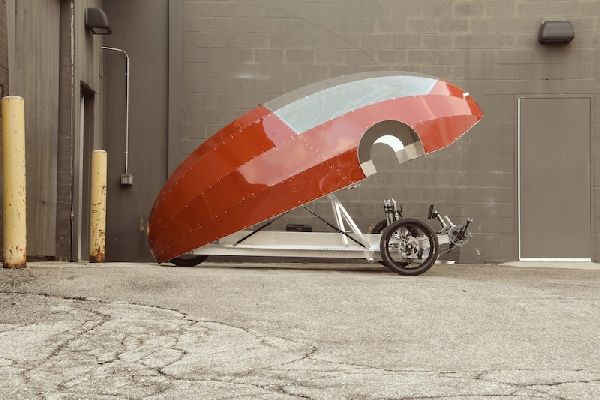