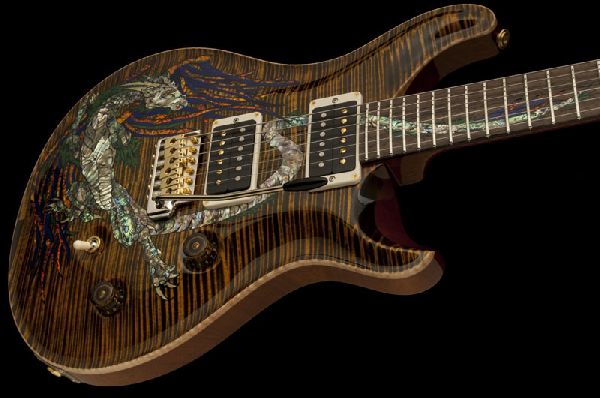 NAMM 2015, world’s largest annual event for the music products industry is kicking off at the Anaheim Convention Center in California, US today. Celebrating their 30th Anniversary, American guitar manufacturer PRS Guitars have chosen the platform of the event to unveil their Private Stock 30th Anniversary Dragon guitar. The first limited edition Dragon guitar was unveiled by Paul Reed Smith, founder of the company back in 1992. However, since then PRS Guitars has introduced only seven Dragon editions, each in very limited numbers. Eighth in the Dragon series and the first Private Stock Dragon model, the latest Dragon guitar features elaborate inlay work along with innovative and artistic flair to commemorate the company’s 30th Anniversary. 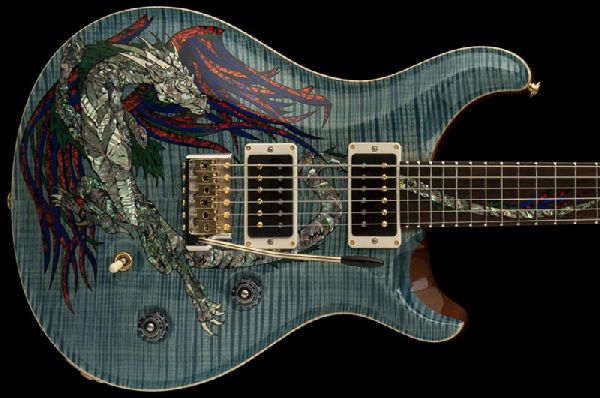 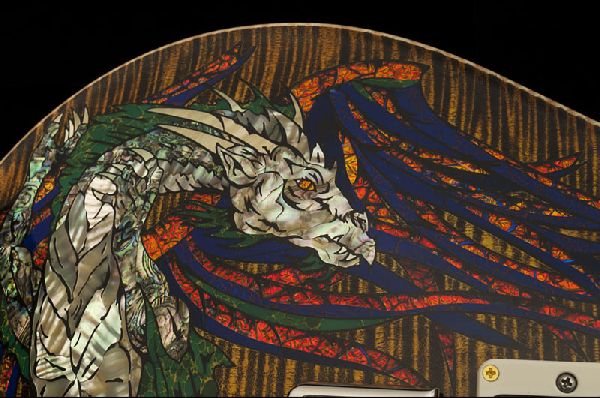 The Private Stock 30th Anniversary Dragon features an elaborate and remarkable dragon inlay designed by Jeff Easley, a fantasy artist famous for some of Dungeons & Dragons rulebook covers. PRS Guitars engaged Aulson Inlay, to deconstruct Easley’s artwork and recreate it into several distinctive sections that have been embedded into the body of the guitar and conclude with the dragon’s tail whipping up the fretboard. 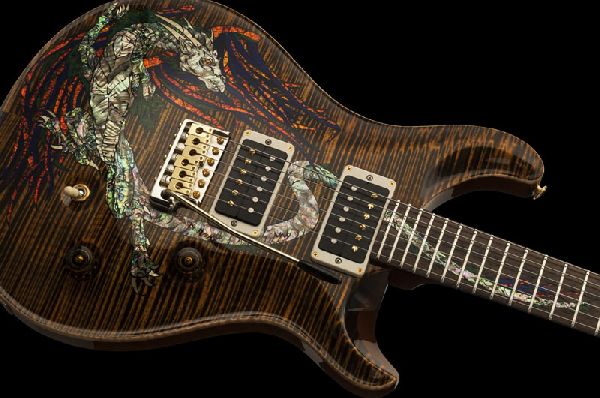 Available in Tiger’s Eye and Nightshade high-gloss colors, The Private Stock 30th Anniversary Dragon will be a limited edition of 40 pieces only. This beauty is expected to come with a retail price of £15495(about $23000).