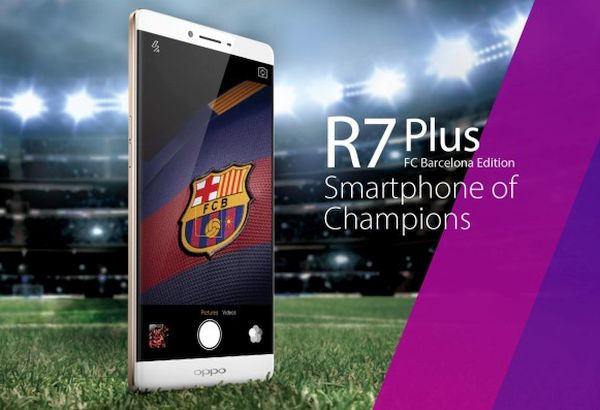 Football fans often support their favorite club by purchasing season tickets for a match, buying merchandise of the team or simply collecting all videos of their favorite players. But Chinese electronics manufacturer Oppo wants to add little luxury to the way you show love for your favorite Football Club with the latest R7 Plus FC Barcelona limited edition smartphone. 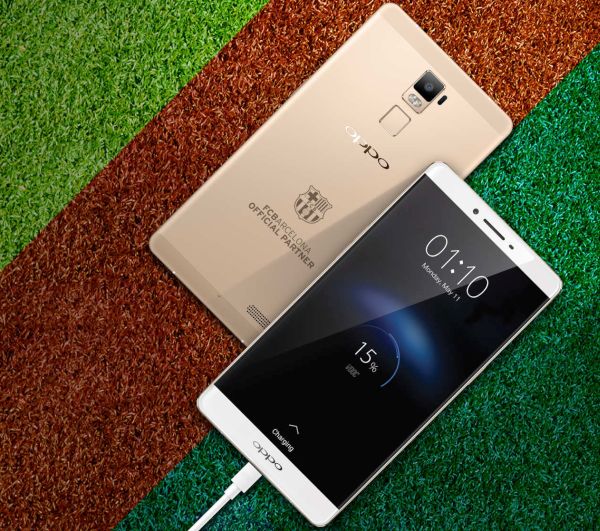 To celebrate its three -year partnership with La Liga champions- FC Barcelona, this special edition smartphone has been created by the company. The smartphone comes with Barcelona logo on the back, Barcelona-themed wallpaper, one protective case and much more. 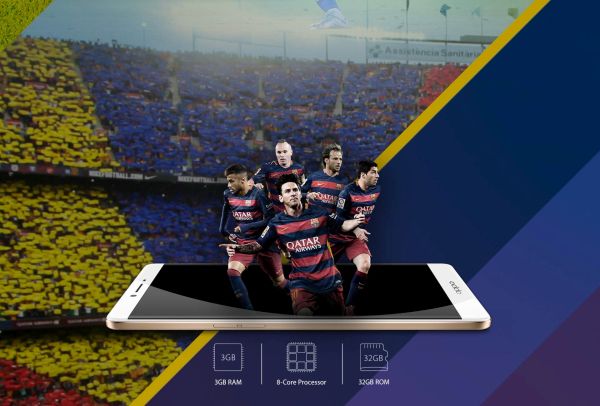 This is a Dual-SIM device that’s powered by Qualcomm MSM8939 1.5GHz Octa-Core 64-bit processor with 3GB RAM and 32GB ROM (extendable up to 128GB). Oppo R7 Plus runs on Android Lollipop 5.1 OS and includes 4100 mAh built-in lithium polymer battery that is supported by VOOC rapid charging solution. This means the device is going to have a long battery life no matter how much you use it the entire day.

Oppo will hold a charity auction from 12th September on eBay for phones autographed by top players including Lionel Messi, Andres Iniesta and Dani Alves. All the collected money will then go to FC Barcelona Foundation. However, from 25th September the limited edition smartphone will be released in 20 overseas markets. 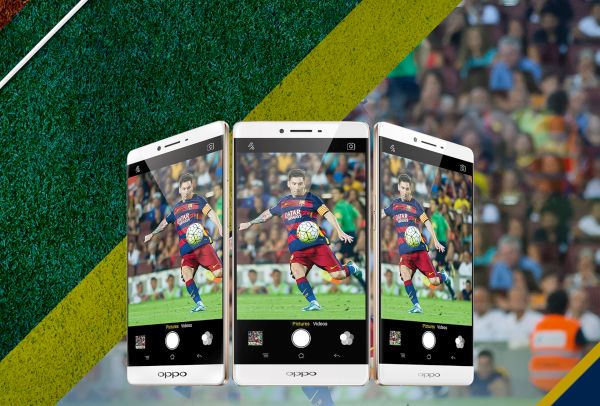 Only 5,000 units of the R7 Plus FC Barcelona or simply the‘Smartphone of Champions’ will be available on OppoStyle online store for $550. So be ready to get your hands on this stunning football-themed smartphone and support your favorite team in style.