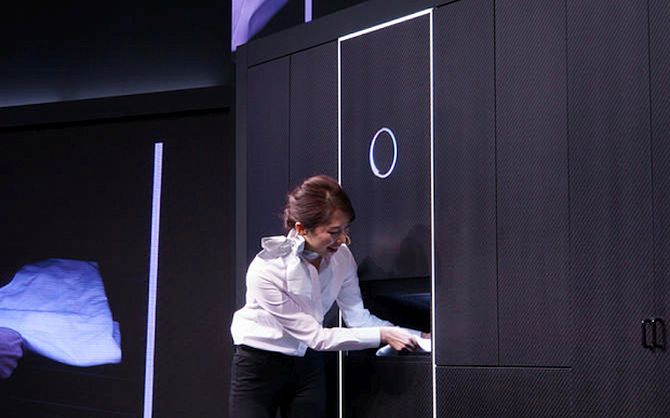 One of the most unlikable household chores for a large number of people around the world is folding laundry. Well, looks like Panasonic along with few other Japanese technology companies have come to our rescue. These brands have come together to create the world’s first laundry folding robot named ‘the Laundroid’ which can wash, dry and fold clothes for you. With an aim to bring robotics technology to our daily life, the device is created by Panasonic in collaboration with Seven Dreamers Laboratories and Japan’s largest homebuilder Daiwa House. 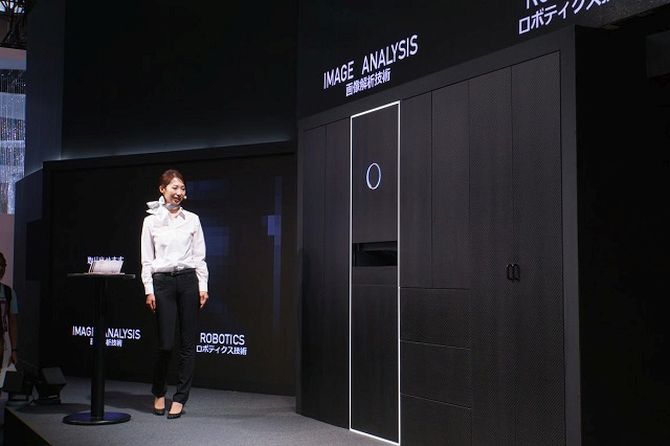 The Laundroid was showcased in Tokyo at the CEATEC (Combined Exhibition of Advanced Technologies) 2015 trade show where the laundry robot exhibited its abilities in a public demonstration. The display started with the spokeswoman tossing a shirt into the world’s first laundry folding robot. Once the door gets closed, Laundroid performed its calculations and a neatly folded shirt came out of the opening after 5 minutes. As for now, the mechanism of the robot is unclear to us, but it seems like it has been programmed to identify several types of clothes and fold them perfectly. 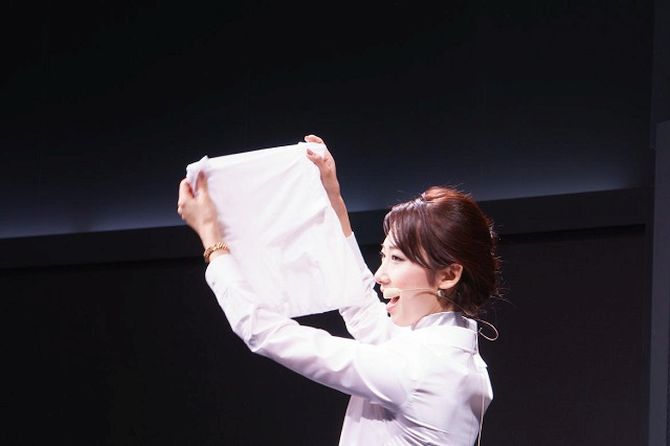 According to reports, the laundry bot can work with different range of clothing such as shirts, skirts, shorts, trousers and towels. Expected to launch in 2016, the Laundroid will free people from the labor required in the folding, thus giving them more time to spend with their loved ones and for their hobbies.