On Wednesday, US celebrated ‘Back to the Future Day’ to pay homage to the 1989’s classic time-traveling series. In contribution to the sci-fi-themed holiday, Nike unveiled the realistic self-lacing sneakers that originally appeared in second film from the trilogy- Back to the Future II. In the 80’s cult fictional movie Michael J. Fox’s character Marty McFly showed us a glimpse how futuristic shoes would look on October 21st, 2015

Although 2015 is not exactly the same as shown in the movie, but Marty’s self-lacing Nike sneakers are definitely turned into a reality. Back in 2011, Nike Air Mag shoes were released for fanatics of the sci-fi flick but the previous version was without self-lacing technology. However, the 2015 Nike Air Mag sneakers come with advanced self-lacing system that makes the footwear exactly identical to the pair from the time-traveling movie. 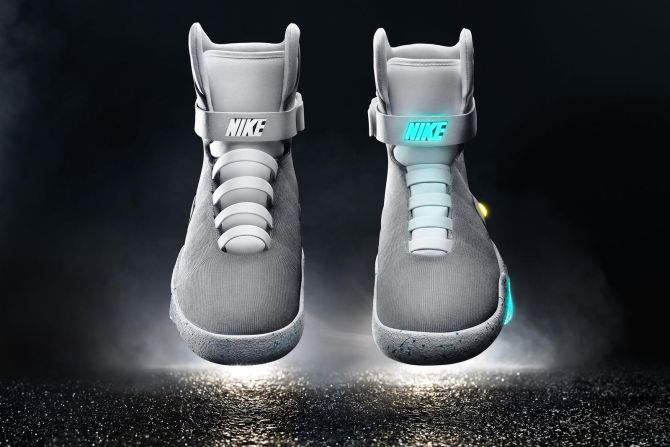 The power-laced Nike Mag shoes are embedded with high-tech system that can sense the wearer’s motion to provide adaptive and flexible comfort. Once you insert you feet into the shoes, the hidden power mechanism automatically cinches the shoe’s laces tight, making you feel like a robot. For more mechanized-feel, the shoes are equipped with LED lights in the soles. 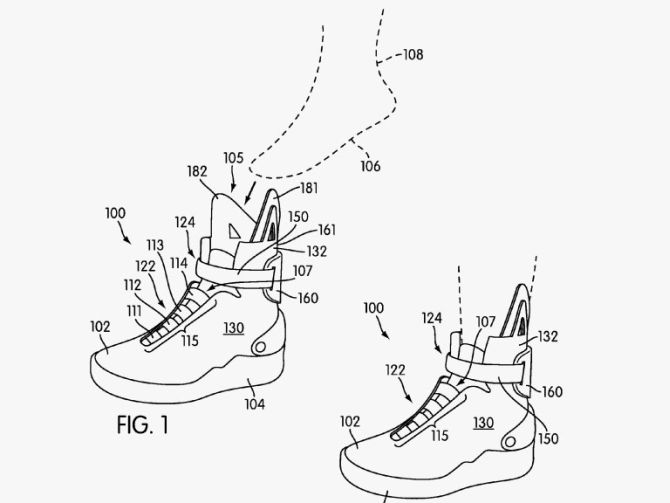 Each shoe contains Nike’s patented motorized technique that automatically tightens laces and straps by winding them around the spools. There is an ankle cinching system, which uses a coil spring to firmly secure shoe grip and provide total hands-free solution.

According to Mark Parker, CEO of Nike, the project began as something to create fictional but the team manage to turn it into a realistic footwear, boasting inventive technology that’s beneficial for athletes. The shoes’ built-in cinching system can help any sports person to avoid sprains and prevent injury.

Recently, Nike presented the first pair to Michael Fox himself. Without giving an exact release and pricing details, Nike team has said that limited edition sneakers nearly 1,500 pairs will be officially releasing in spring of 2016. Proceeds from this auction will be directed towards Michael J. Fox foundation, a nonprofit organization that focuses on curing Parkinson’s disease. 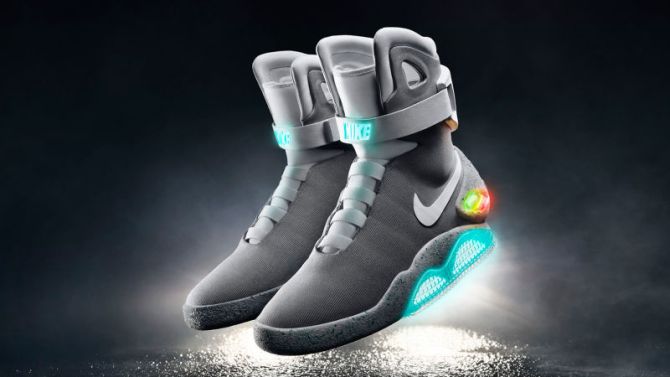