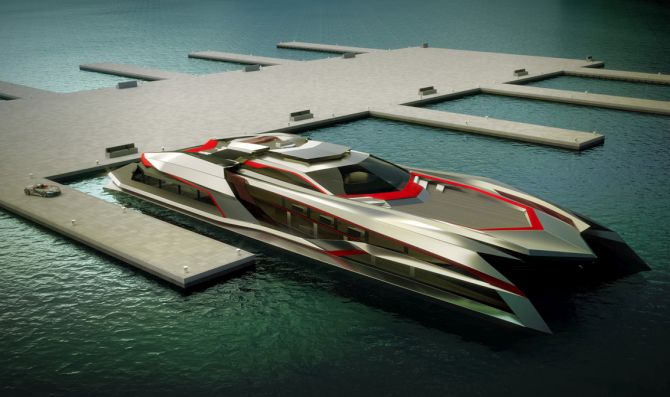 After unveiling the 105m Fairwei Superyacht couple of months back, Sweden-based award winning international design studio Gray Design is back with their latest yacht concept. Dubbed The Kraken, the 75-metre mega yacht concept is a lighthearted design study exploring the limits of yacht design. Inspired from their own Vapour GT supercar concept which Gray design produced last year, the luxury yacht comes with an 18-metre beam and can reach a top speed of 35 knots. Boasting the same paint job as the supercar, the both concepts create a matching set of extreme vehicles for both land and sea.

Basically laid out as a catamaran, the Kraken superyacht concept comes with four decks, each hull offering accommodation of its own. The pilot house is raised to provide good panoramic visibility around the entire vessel. Also, the wildly raked windscreen doubles as a skylight for a large lounge on the owner’s deck. The metallic paintwork of the catamaran is highlighted by intense red outlining, shiny chrome work and dark stained teak decking. With a large space for a helipad at the bow, the luxury yacht also features a large beach club and reception area at the aft. 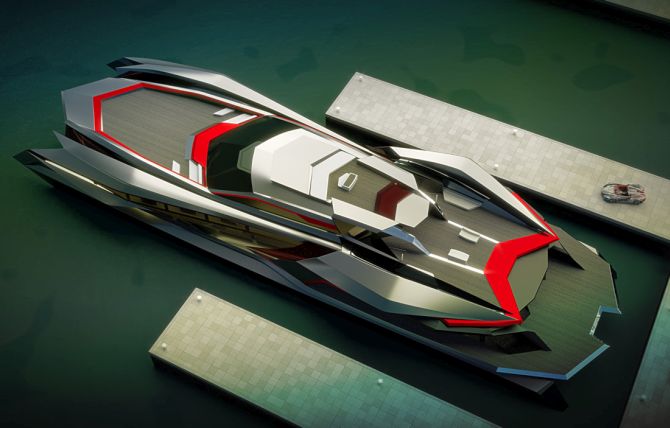 Besides designing this beautiful yacht, Eduard Gray has also signed a contract with the design team at NEVS (SAAB) to develop new concepts for various projects. Eduard will finally be fulfilling his dream to work at the SAAB plant where he applied for a job 14 years ago, but has not found work there until now. 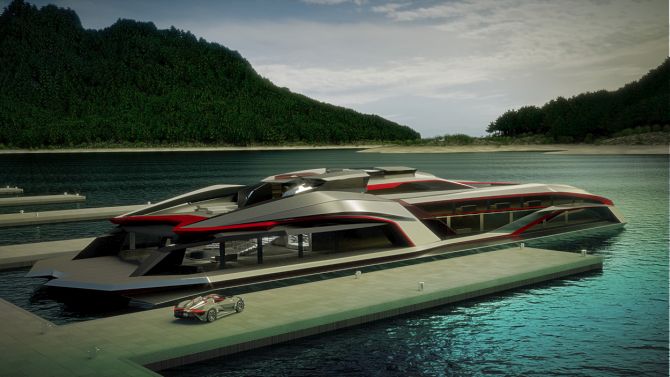 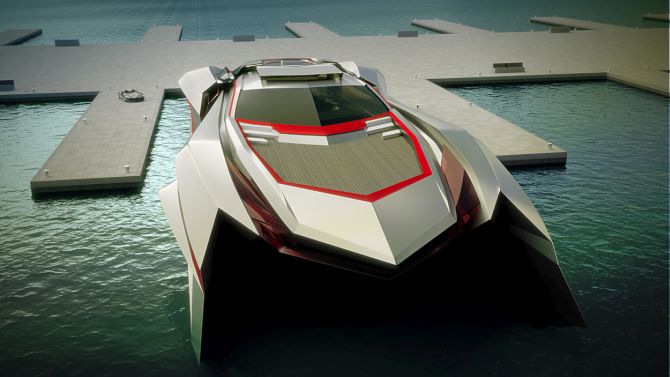 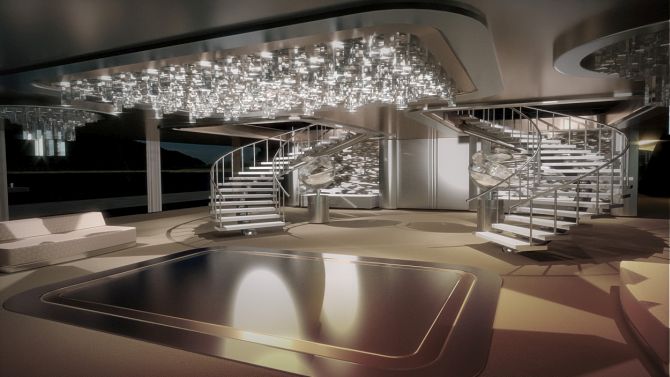 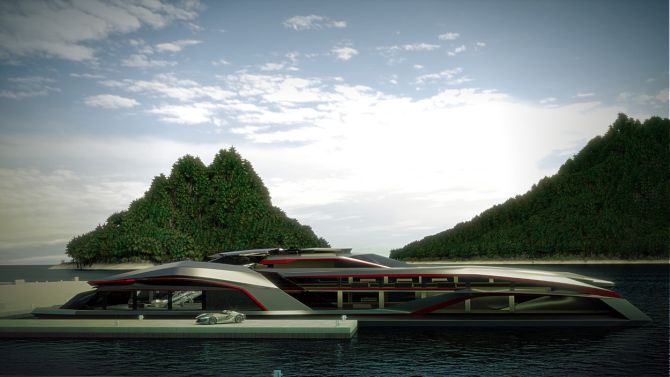