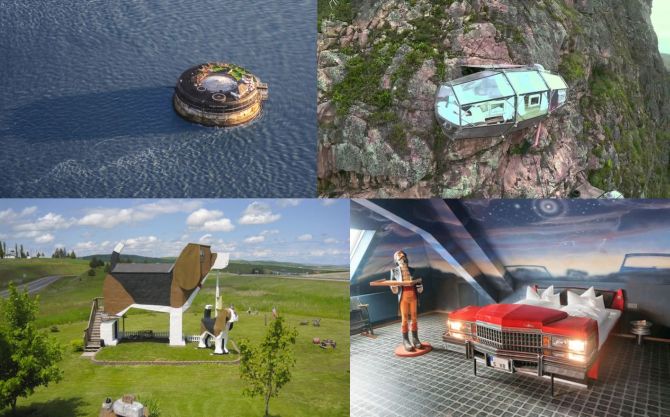 Holiday season is just around the corner and you might have already started making travelling plans with your loved ones. Well, if this time around you are looking for an unusual and different kind of experience, we have some cool options for you. Instead of spending your holidays in a luxury suite of a traditional hotel, why not try to indulge in a totally different experience altogether. Here we have compiled a list of most unusual themed hotels in the world that can definitely turn your usual travelling plan into a once in a life time experience.  Choose one destination from the given below cool hotels for this holiday season and get ready for a roller coaster ride. 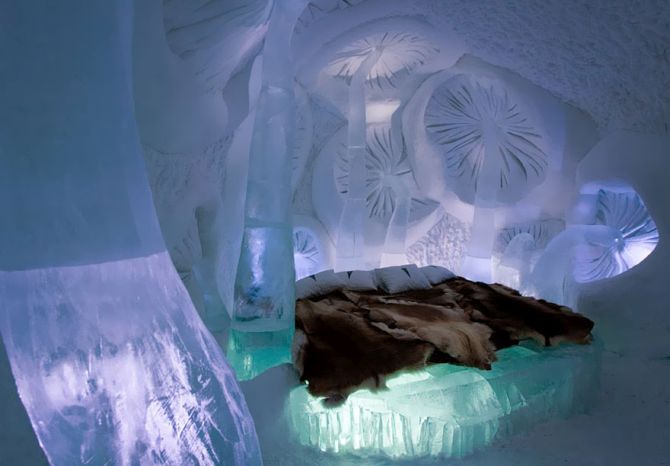 Built every year with snow and ice in the village of Jukkasjärvi, in northern Sweden, the ICEHOTEL is one of the most unique holiday destinations in the world. The first ICEHOTEL was founded back in 1989 and since then is built every year from December to April. During 2013/14 winter season, a MINI themed suite was created by the architects of ICEHOTEL in collaboration with the British automotive brand MINI. 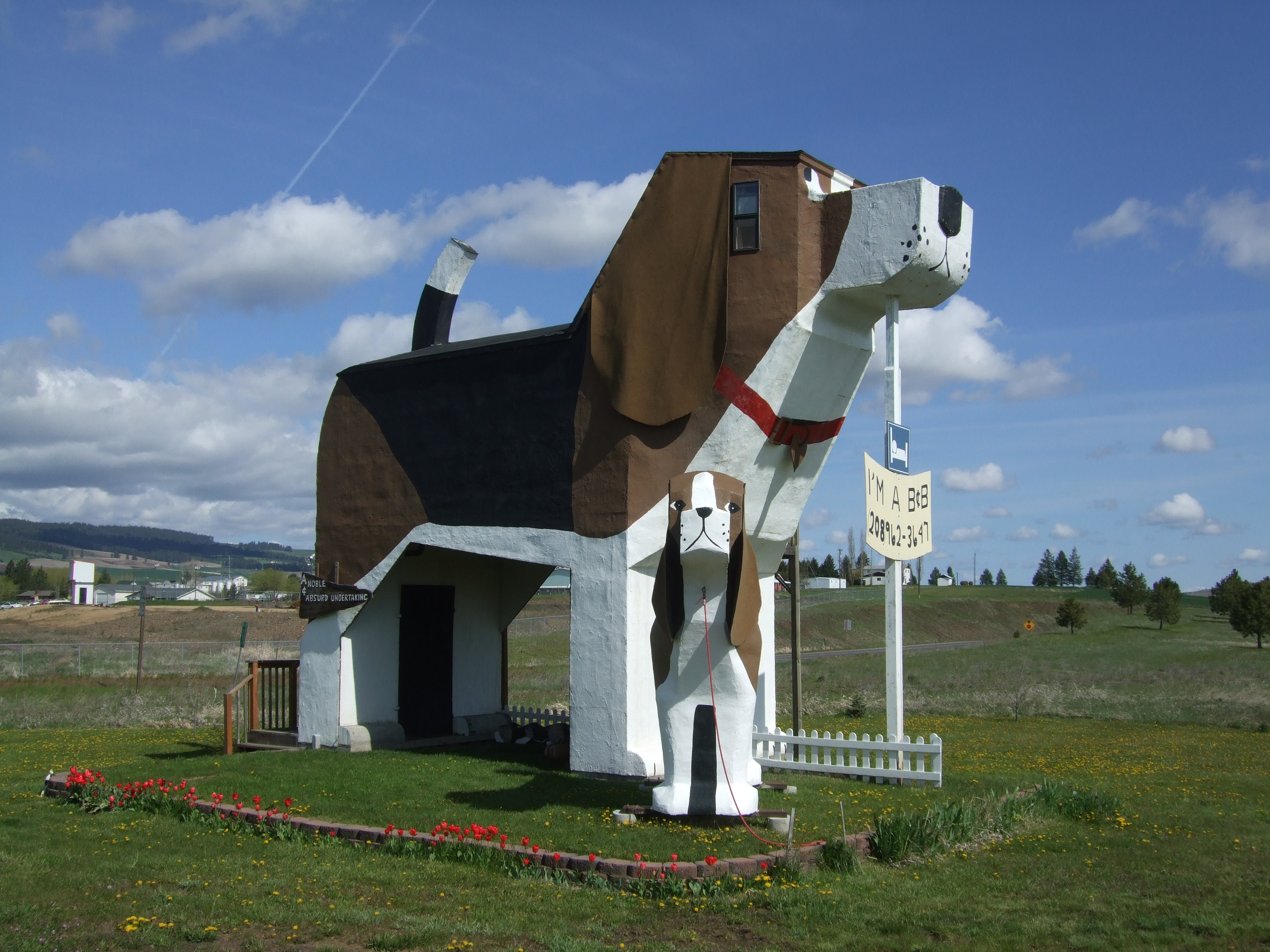 A dream holiday destination for dog lovers, this unusual hotel is located along Highway 95 in Cottonwood in the US State of Idaho. Designed and built by Dennis J Sullivan & Frances Conklin, this dog-themed hotel is a famous landmark of the state as it is built in the shape of a beagle. The hotel features many breeds of dog carvings and is often referred as Sweet Willy by local residents. 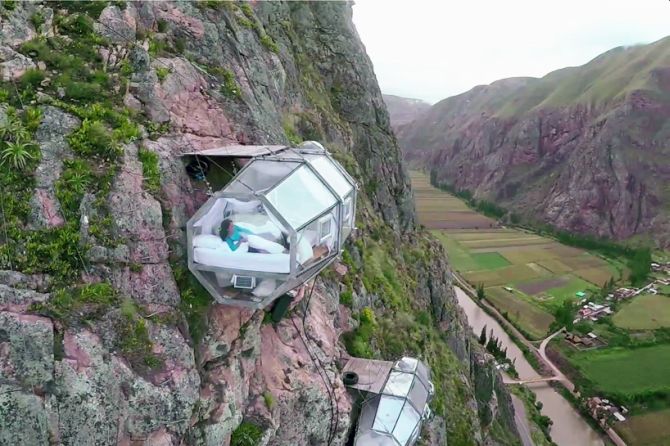 For adventure seeking travelers Skylodge is a perfect holiday retreat. Hanging from a cliff in Peru’s Sacred Valley, the Natura Vive Skylodge features three capsule-style aluminum and polycarbonate suites.  Hanging 400-feet over the heartland of the Inca Empire, the suites offer one of the most incredible views in the world. Well, to get there one has to make a 1,312-ft vertical climb up a steel ladder embedded in the rock.

The V8 hotel in Stuttgart, Germany 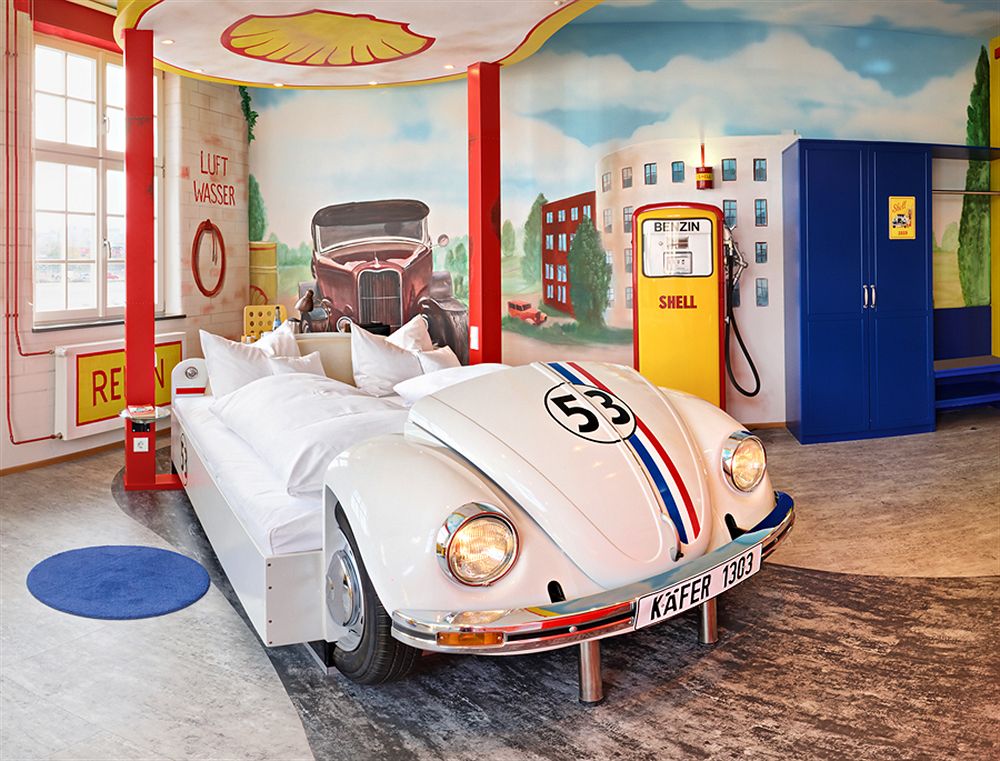 As the name suggests, the V8 hotel in Stuttgart, Germany is a motoring themed hotel which is set in the Motorworld exhibition complex. Boasting 34 rooms, the auto-inspired hotel with its automotive themed rooms, legendary vintage cars, sporty young timers, exclusive and special classic cars is a dream place for car enthusiasts. The Mercedes Suite is the highlight of the hotel situated in the air traffic control tower of the former airport. 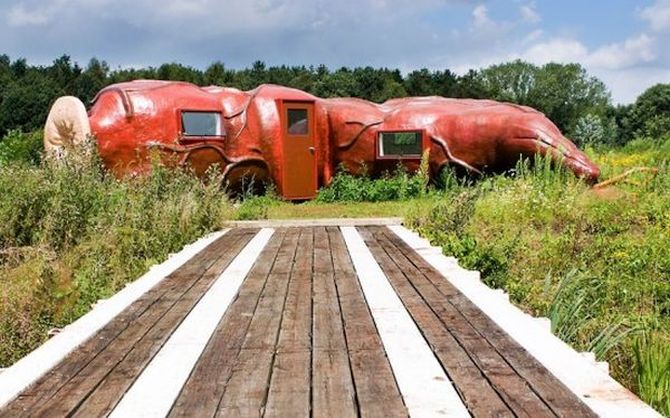 Located on a tiny island between Antwerp and Ghent in Flanders in Belgium, Hotel CasAnus is one of the most bizarre hotels in the world. Created by Dutch designer Joep Van Lieshout, this one-room hotel is shaped like a giant human intestine with an anus replica at the end. 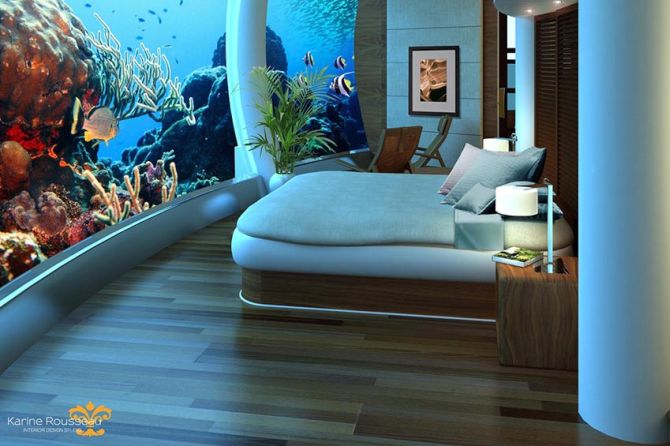 Currently under construction, the Poseidon Undersea Resort is located on an island in Fiji. With more than 125,000 people already on the wait list, this dream holiday destination will become the world’s first sea floor resort once it gets completed. Besides enjoying majestic views of the marine life, people will also be able to spend their time at a full-size library, theater and gym. 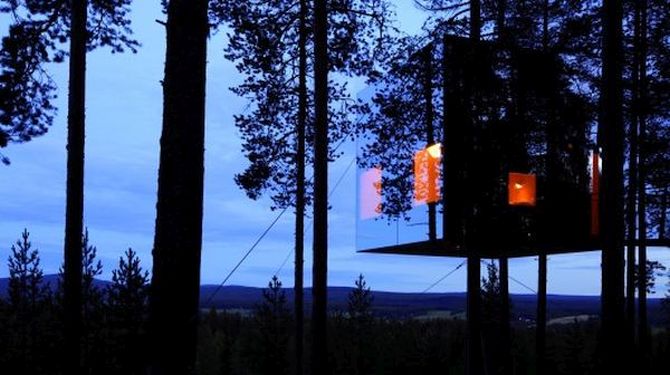 Situated in Harads wood in Sweden, Mirrorcube is best rooms of the Treehotel. The mirrored walls of the Cube help it blend with the nature and the infrared film protects the birds colliding into the house. Equipped with a double bed, bathroom, lounge, and rooftop terrace, the Mirrorcube room offers panoramic view and costs around $650 a night. 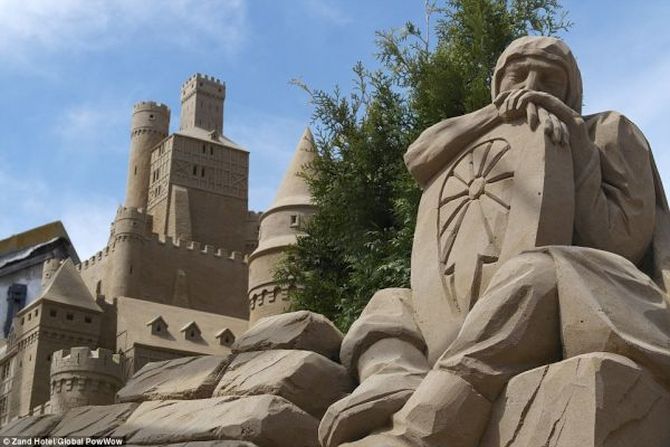 The world’s first sandcastle hotels by Zand Hotel were built recently in the cities of Oss and Sneek, in Netherlands. Modeled on the Flintstone cartoon, dragons, Great Wall of China and the Terracota Army, these temporary sand hotels were shut down after the annual sand sculpture festivals in Sneek, Friesland and Oss, Brabant. Well, Zand hotels have plans to reopen them for next year’s festival in Germany and United Kingdom. 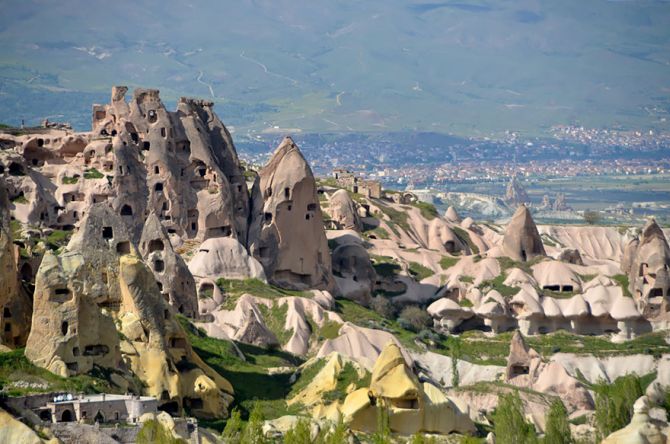 Located at the upper south-west end of the village Goreme in the heart of Cappadocia, the Fairy Chimney Inn Cave Hotel is designed in a traditional way which blends original local style with modern functionality.  Large parts of the guesthouse are carved out of one of these famous tufa rock cones, which are locally called ‘fairy chimneys’ (peri bahcasi). 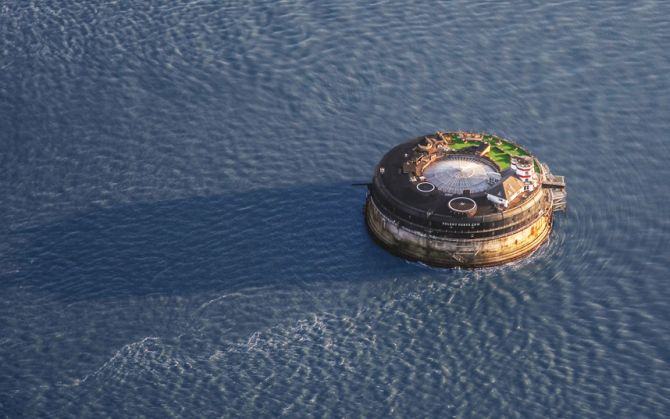 Built as part of the Palmerston Forts, this one-of-a-kind hotel is situated 1.4 miles off the coast of the Isle of Wight. The fort was built between the years 1867 and 1880 to protect Portsmouth and was opened as a hotel in April 2015. The four-storey fort has 22 guest bedrooms and include features such as a nightclub, laser quest, games and snooker rooms, a gallery restaurant, two helipads, wine bar and spa facilities. The best offering of the hotel is a private lighthouse with a glass-floored penthouse suite which costs £700 per night. 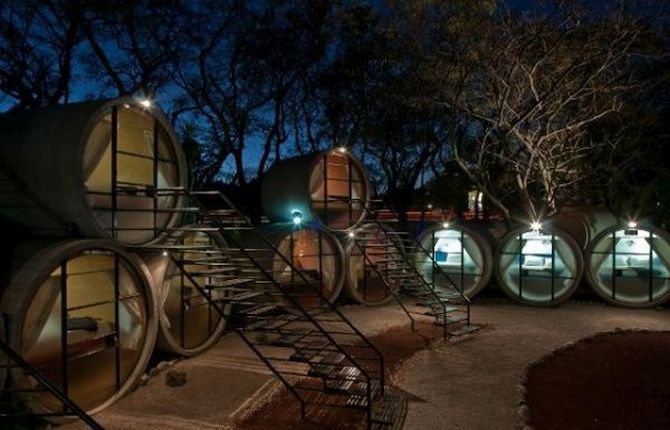 Located near village of Tepozltan, just outside of Mexico City, the eco-friendly TuboHotel is made out of recycled concrete storm drains pipes and is designed by T3arc Architecture. It was opened back in 2010 after a three month construction. If you are running on a tight budget, this is a good option for you as it offers £20-a-night during the week and £35 at weekends.