We all want to keep our smartphone clean and shiny. However, as it is prone to all kind of dirt and filth, keeping it clean is a tricky job. On the other hand, besides wiping it with a dry cloth and protecting it with a smart cover, there are no alternate methods of keeping a smartphone clean. Well, Japanese telecom operator KDDI and Kyocera have teamed to change that as they have released the world’s first smartphone that can be washed with soap and water. Named Digno Rafre, the soap-proof smartphone is all set to make its debut in Japan next week.

Equipped with Asahi Dragontrail X glass to offer protection against accidents, the Digno Rafre Smartphone’s touchscreen will work fine even when wet. The world’s first soap-proof phone has been washed more than 700 times by the development team to verify its durability. Thus, without any worries of damaging the phone, you can simply wash it under running water using a foam-based soap. It can be washed with warm water too as it has been rated for hot water resistance at 43°. 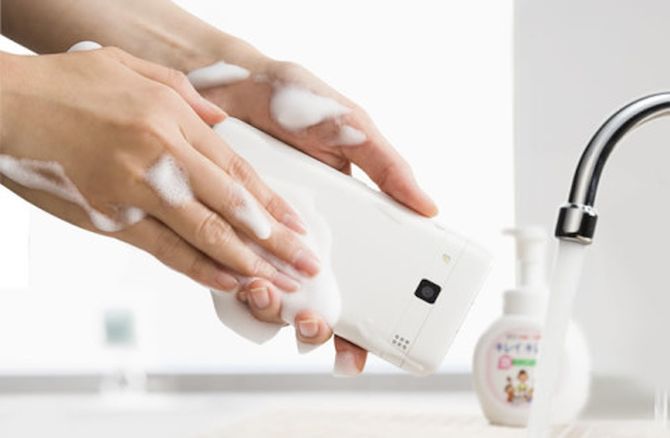 The smartphone features a 5-inch touchscreen and is packed with a 13MP rear camera along with a 2MP front-facing camera. Technical specs include 2GB of RAM, 16GB storage and 3,000mAh battery which will offer 20 hours of VoLTE calls. The Digno Rafre phone will run on Android 5.1 Lollipop and will support 4G LTE and WiMAX plus VoLTE. 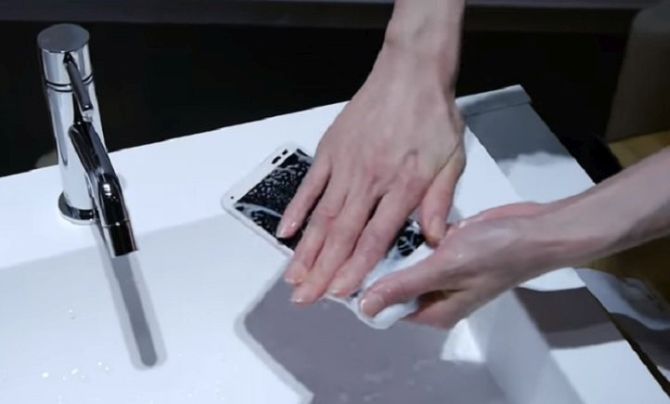 The soap-proof smartphone by Kyocera will come with an integrated 1seg TV tuner. Targeted to parents who want to keep their smartphone safe and clean for their kids, the Digno Rafre phone will come with a rubber duck-shaped dock also. Available only in Japan, it will be offered in Navy Blue, Cashmere White and Coral Pink color with a price tag of $467.