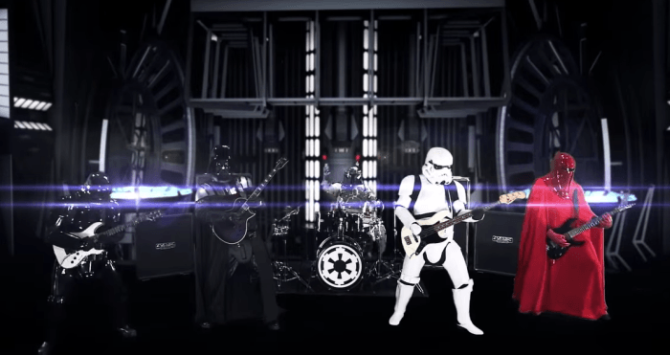 Star Wars: The Force Awakens has inspired many designers to create countless objects for geeky fanatics. From Stormtrooper-inspired helmets to guitarist Cooper Carter’s solo orchestra tribute to the movie, the memorabilia truly created huge buzz among fans. Now to please metal-loving fans of Dark Side, Galactic Empire has given heavy metal makeover to the classic Star Wars main theme. 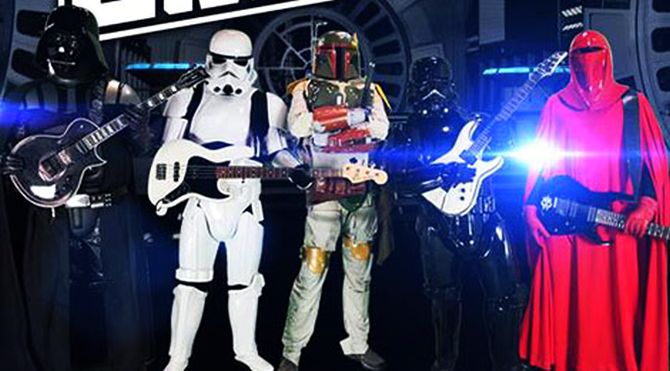 Galactic Empire is a new heavy metal band that’s formed by some of the most infamous and feared villains in the galaxy. The musicians (dressed as various evil characters from Star Wars) are all militants from other bands (especially metal/core), hailing from the area of Pennsylvania.

The villainous band members from Galactic Empire are: 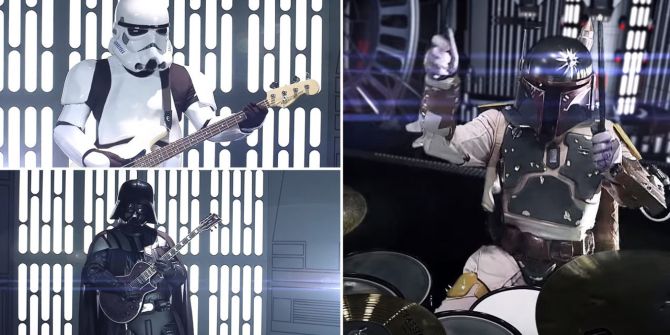 According to guitarist, Darth Vader,

These instruments are crude but should be adequate to shred some faces as we journey across the galaxy. We have been doubling our efforts to complete our debut full-length album in time for the Emperor’s arrival. If you are not part of the Rebel Alliance or a traitor, buy our single on iTunes and prepare to succumb to the Dark Side upon our album’s release.

Check out the metal version of John Williams’ iconic music in the video given below. We’re sure you’ll love this heavy metal Star Wars theme by Galactic Empire; single is available on iTunes and the full-length album will release in spring 2016.