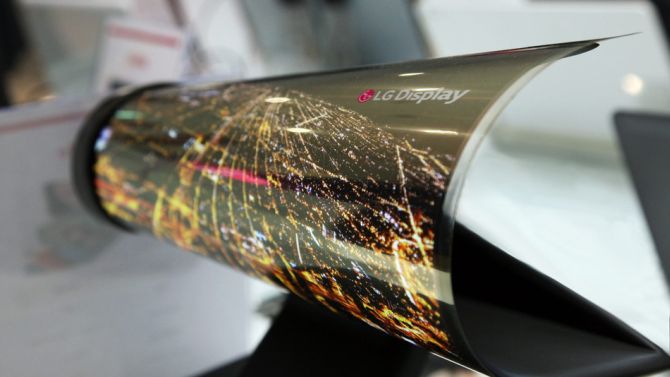 Just imagine you could roll up digital screens like a piece of paper and relocate it anywhere in your house. Sounds too convenient, right? Well, LG has actually brought this game-changing, roll-up technology into its latest OLED display that will be unveiled at CES this week. South Korean tech giant has already showcased this flexible display technology with its G Flex line of phones, but a super-thin 18-inch screen that can be rolled up like a newspaper is truly incredible.

However, it is just a prototype yet, and company still has quite a distance to cover before commercially launching such flexible screens. The OLED panel was first announced over a year ago with features like 3mm thickness and 1200×810 resolution. But now LG has revealed how the foldable screens are going to look like, whereas most of the details are not changed. 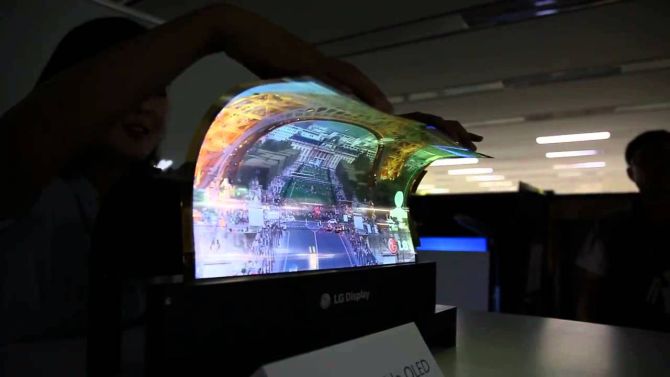 But what we’re really interested in is to find out how these panels will managed to hold up repeated bending and rolling over the time. As with time, magazines and newspapers start developing marks or lines over the section that was folded, so how these digital newspapers are going to recover its shape for a long duration or lifetime? May be Advanced In-Cell Touch (AIT) technology, which is already used in smartphone displays, will be used in these screens as well. But for clear answers we have to wait or might be LG team would enlighten us at the International Electronics Show.

Besides the LG rollable OLED display, you can also catch up Samsung’s Family Hub Refrigerator at the event. Moreover, LG is also going to reveal its HDR-enabled Super 4K UHD TV lineup and Tone+ Bluetooth stereo headsets at CES 2016 in Las Vegas. Stay tuned for more news and updates from Consumer Electronics Show.