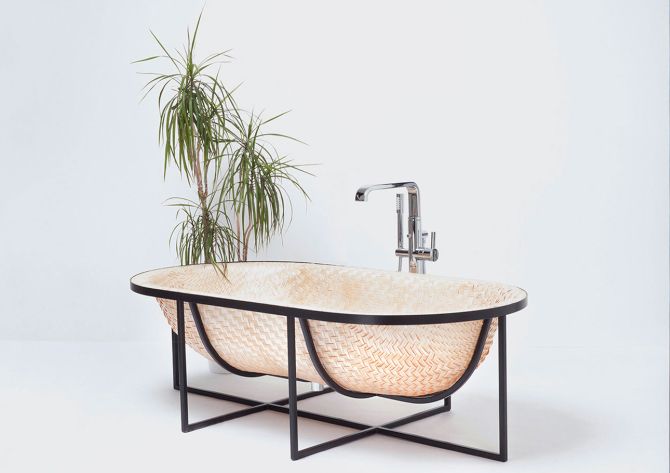 We have shown you distinct type of bathtubs here in the past such as the Virgo carbon fiber bathtub by Corcel and the nature-inspired bathtub by DesignLibero. Today also, we are bringing you a unique kind of bathtub which is woven from wood. Tal Engel, Berlin-based designer has built a beautiful bathtub from pressed woven veneer sheet using conventional Asian boat-building techniques. Named Otaku bathtub, the project emphasizes on a ‘micro-cosmos’ of relations between sailing and bathing- as states of mind, and between boat and the bathtub as two functional entities. 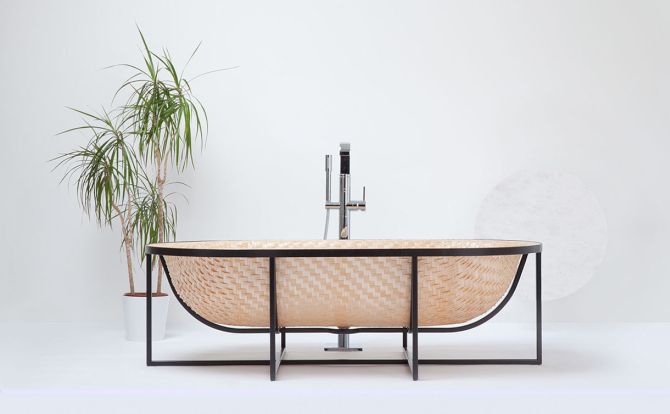 Blending together the traditional boat-building techniques with today’s manufacturing technologies, the process starts by knitting together strips of white ash and maple veneer. The sheet created is pressed into a desired form by using steam which makes the wood flexible enough to bend. Finally, the surface is coated with layers of resin which makes it water-resistant and provides structural strength and durability as well. The final product weighs only 15 kilograms and is mounted on a powder-coated steel frame. 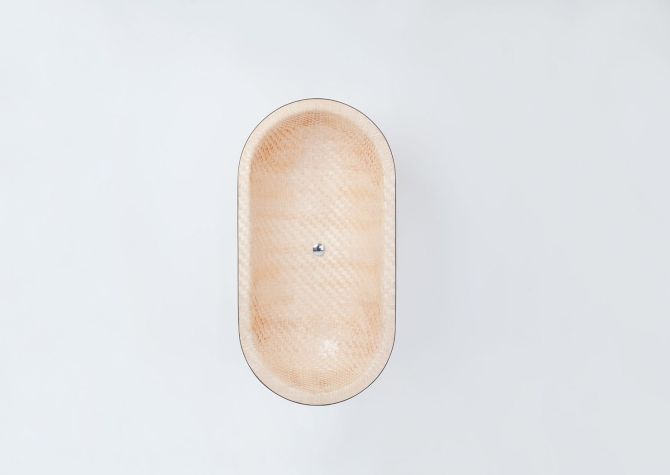 According to Engel, this concept devises a paradoxical analogy from which an ‘inside-out’ theory comes into sight. The notion of washing in a bathtub is completely the opposite from the idea of floating in a boat. Here, the ‘outside’ of the boat became the ‘inside’ of the bath. In order to develop the right design for the bathtub, Engel built a narrative which derives its elements from the metaphoric world. 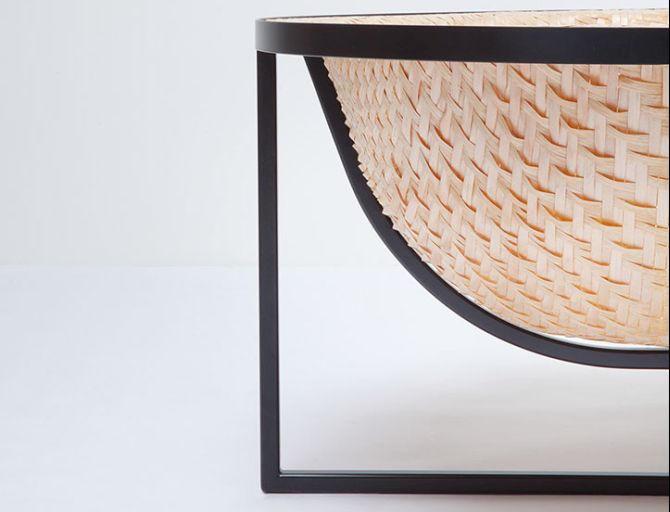 The Otaku bathtub by Tal Engel was presented at imm Cologne 2016 which took place from 18 to 24 January 2016 at the Koelnmesse exhibition centre in Cologne, Germany.