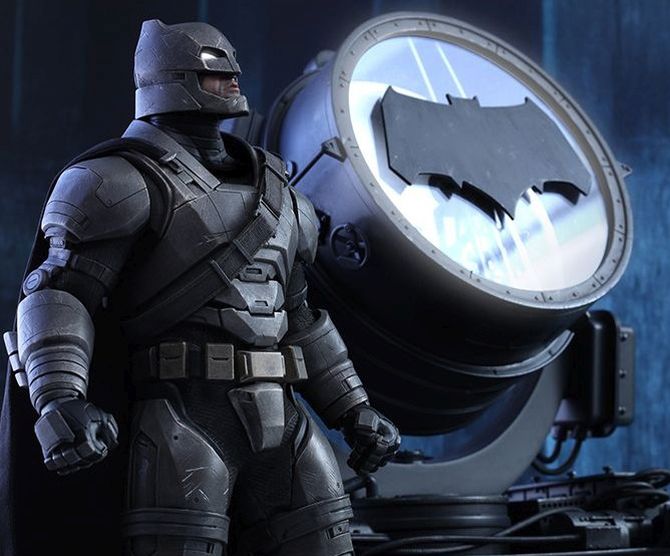 After witnessing the chaos Superman brought upon Earth, Bruce Wayne has suited up in heavily armored Batsuit to square off against the Last Son of Krypton- in the upcoming Batman v Superman: Dawn of Justice. Not only the Earth, but this life-sized batsuit is also going to protect Batman fanatics from unearthy elements, as it has been brought into real life by Hot Toys. The Hong Kong-based manufacturer of highly detailed collectible merchandise has now unleashed its latest 1/6th scale Armored Batman Figure, which is crafted based on the image of Ben Affleck as Armored Batman from the movie. 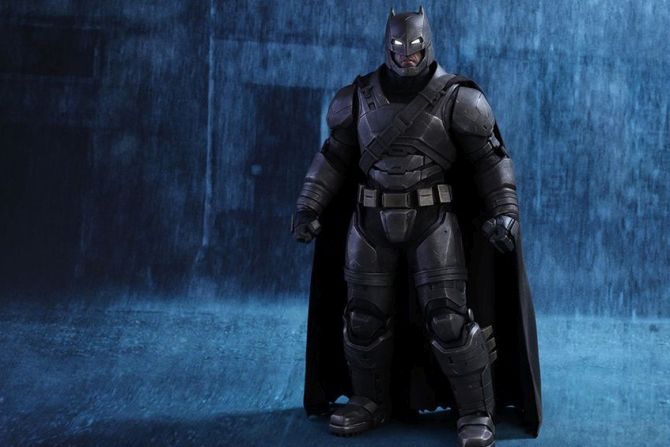 The circular base is embedded with built-in light function that illuminates the iconic Batman v Superman: Dawn of Justice logo. Plus, two interchangeable fists and lower faces (capturing Ben Affleck’s facial expressions) are also available with the figure. 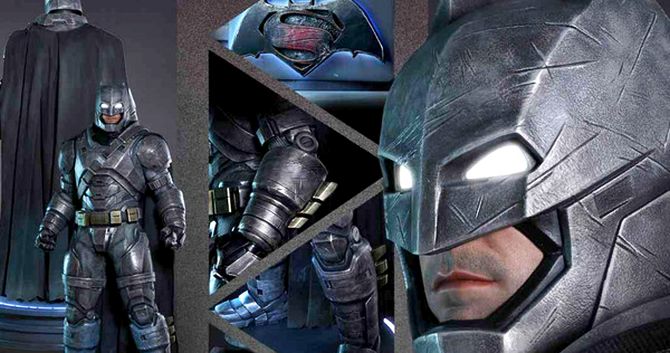 Hot Toys is referring this giant figure as a part of its first Life-Size Masterpiece series. Standing whopping 6.4-feet tall and 7.2-feet tall when placed on its custom-made base, this stunning armored Batman Figure is truly a sight to behold. Batman fanatics are surely going to love it, and keep it in their room to guard them all the time even when they’re sleeping in the darkest hour.

You can preorder the Armored Batman Figure for $250, and it is expected to ship sometime in August 2016-October 2016. 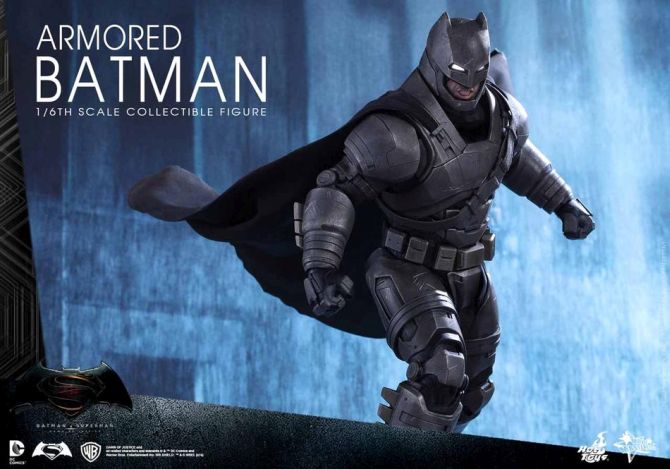