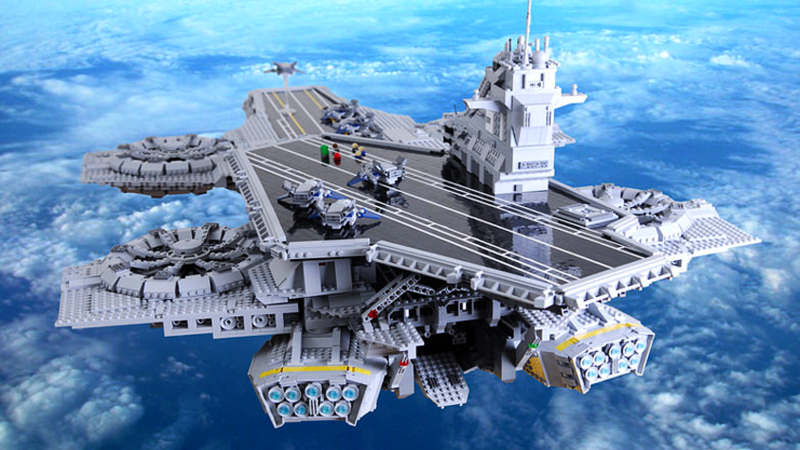 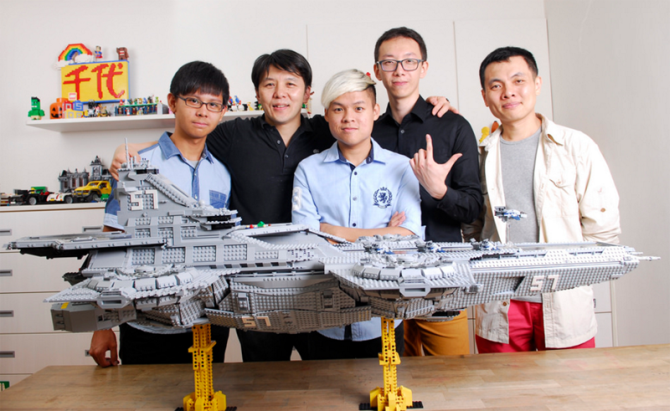 However, the whole credit for its construction cannot be given to Chao alone, as he has built the entire structure with the help of his team Formosa Creative Brick- the complete group includes Zio Chao, Dada, Kimura, Kuan-Wei, Stephanie, Tiger, and Will. Together they took about a month and a half to complete this particular model, which is indeed impressive and undoubtedly better than the official Lego set.

The entire carrier is made up of 14 sections that form a marvelous helicarrier replica. According to Zio Chao, the most annoying thing while construction was to collect different parts and classifying them. To solve the problem, the group decided to use Technic beams to sketch out the skeleton of the carrier for holding everything together in place. Even yellow columns, the front of the carrier, and the four turbine engines are also supported with the help of Technic beams.

The glossy flying deck on the carrier was also not easy to design. It is built from lateral-facing plates for giving it glossy and detailed appearance. The whole process was like a tricky math task for the team, as they had calculate how to match the pattern on the real thing. But the resulting product is worth all their efforts and hard work.

Unfortunately this 15,000 brick Lego S.H.I.E.L.D. Helicarrier is not available for purchase. However, it has been put on display at a LEGO store in Taipei, Taiwan.