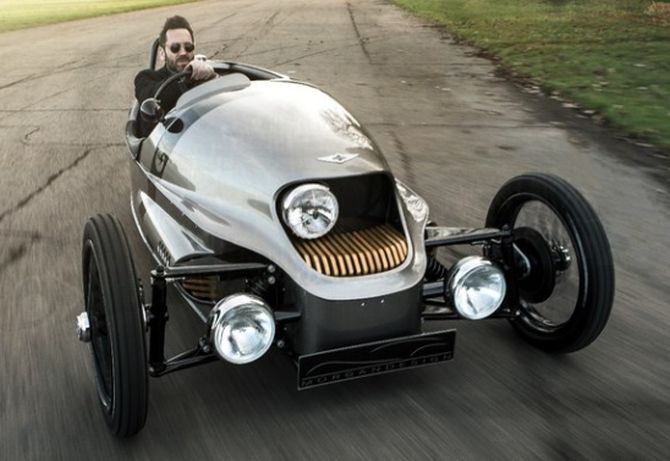 Electric cars are usually high-tech and speedy, but that doesn’t mean these vehicles cannot have attractive designs. Just have a look at the beautiful EV3, all-electric car by Morgan Motor Company. The company is known for creating highly vintage wooden cars and three-wheeler vehicles. But for the Geneva Motor Show 2016, the renowned automaker has stepped into all-electric series car production with the latest Morgan EV3. This electric car is based on Morgan’s successful three-wheeler sportscar design with futuristic electric drive technologies. 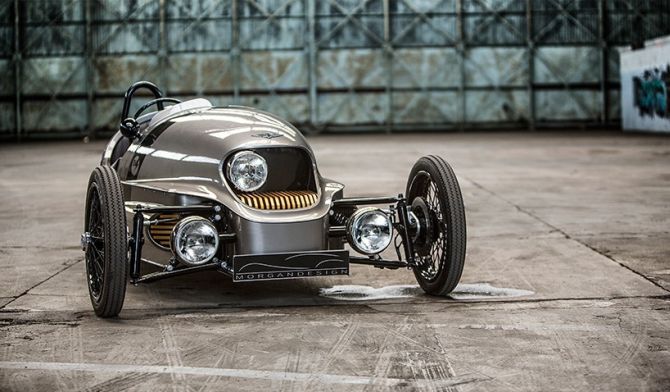 This magnificent electric three-wheeler is all about brass, copper and wood, without any typical plastic space-age layout. The vintage-styled three-wheeler boasts open-top design, and powered by a 46 kW (62 hp) electric motor attached to the rear wheel.

Underneath its elongated aero-engine-esque bonnet, you can find 20kWh lithium-ion battery along with the powerful engine that’s claimed to provide 0-100km/h sprint of under nine seconds and top speed up to 145km/h. Unlike Morgan’s original loud combustion engine, this latest model comes with modern silent electric drive technologies. 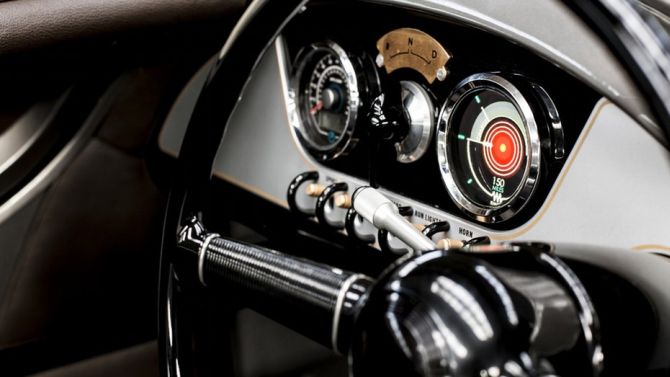 Coming to the dashboard, its design has been reimagined to suit all-electric propulsion, featuring a digital dial that shows range and speed. It also has typical Morgan touches such as magneto switch for shifting between forward, neutral and reverse drive.

It is expected to be sold for above $40,000 before 2017. Apart from the EV3, Morgan has also put a special 80th anniversary edition of its staple 4/4 on display at the Geneva Motor Show. Customers will surely like the amalgamation of classic and modern features in form of a minimalist car design. 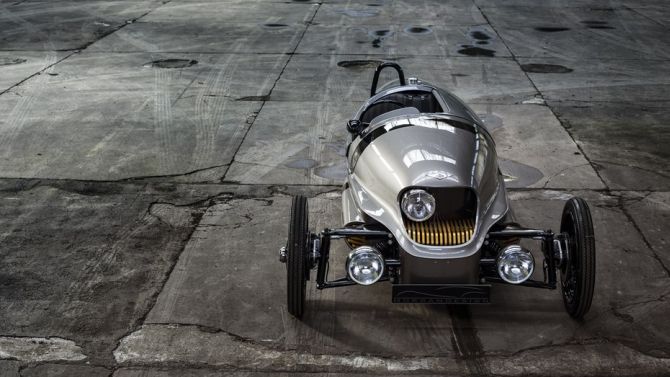