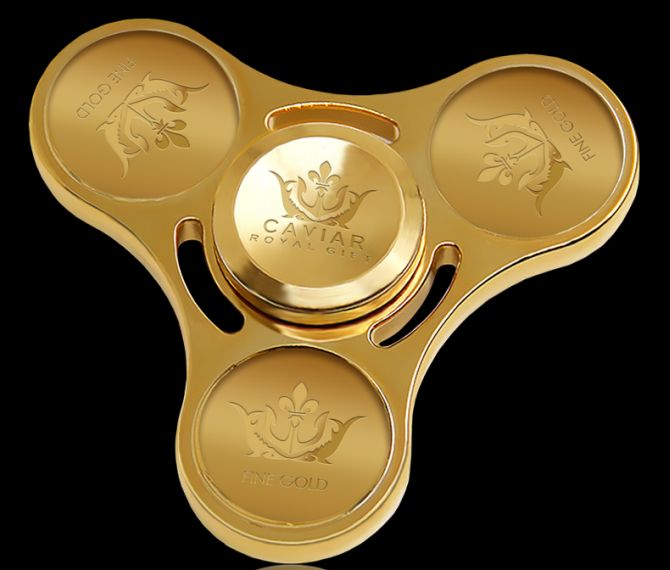 The fidget spinner trend has grown by leaps and bounds in the year 2017. Although, questions still looming over its invention, the toy sensation is a must have for kids these days. The toy marketed to help with post-traumatic stress disorder, anxiety and work as a tool to promote concentration among children with autism spectrum disorders also accounts to its popularity among the masses. However, for the elite class, the basic fidget spinner is not glamorous enough which is why we have a gold-plated version of the toy for them. 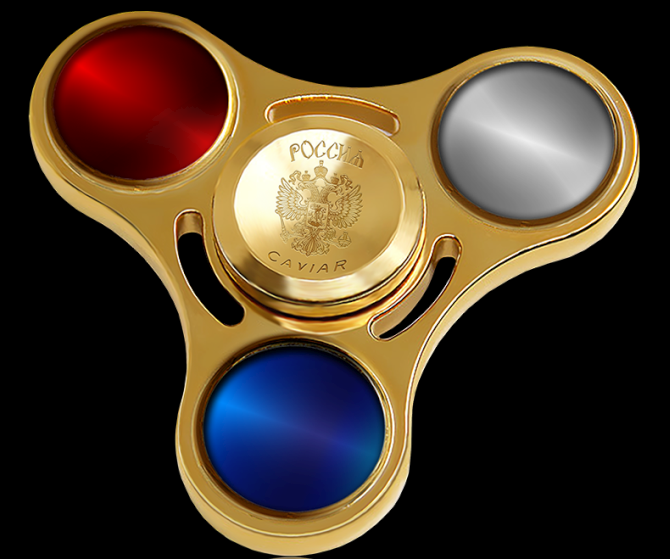 Caviar, Russian luxury jewellery firm has unveiled the world’s most expensive fidget spinner which is coated in 100 grams of gold and is priced at hefty £13,000. The gold-plated gadget called ‘Caviar Spinner Full Gold’ is a limited version and is about to hit the stores. Well, if that’s too much for you, Caviar has also revealed few other less expensive variants of the famous spinning toy. 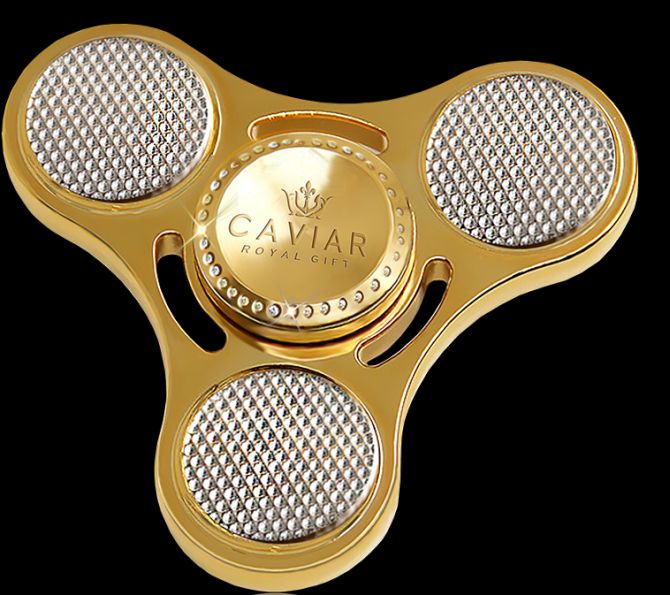 Loaded with precious gems, one variant in the collection is ‘Caviar Spinner Diamonds’ edition which will cost you about £1,290. Another one embellished with colors of the Russian flag is available for 14,900 rubles (£190). Also, there is a black spinner featuring a carbon fiber skull and one embedded with Swarovski-style diamonds as well. Both designs are priced at £190. 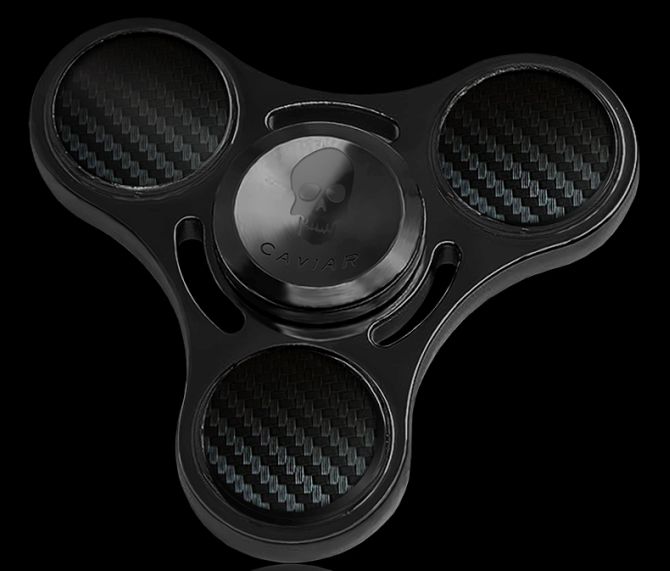