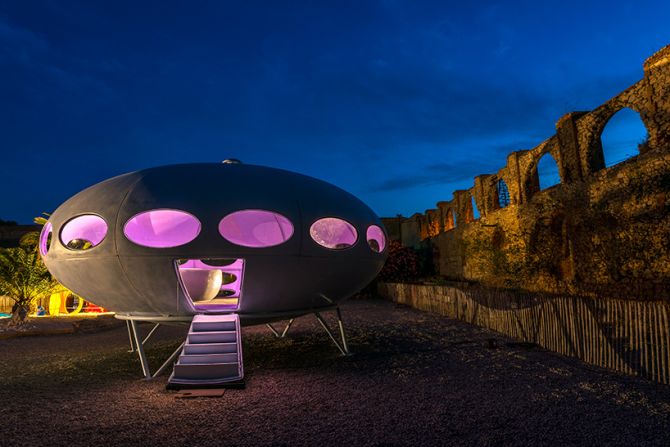 To celebrate some of the remarkable retro tiny houses of the 1960s and early ‘70s, the sculpture park Friche de l’Escalette in France has curated Utopie Plastic, an exhibition of stunning sci-fi homes made of molded colorful plastics. Finnish architect Matti Suuronen’s UFO-shaped Futuro House takes the center stage in the sculpture park, which is set amid historic stone ruins on the outskirts of Marseille.

In total, 60 saucer-shaped versions of this sci-fi micro dwelling were constructed, which currently occupy sites all over the world. The prefabricated home has been elevated on steel legs and accessible via a folding staircase and hatch door. Plus, it’s designed to be transportable from place to place. 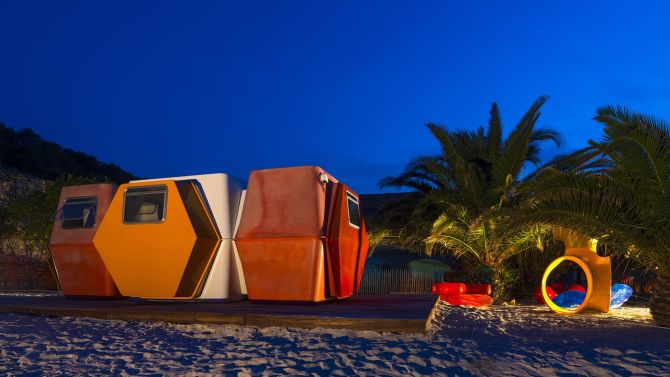 Another retro tiny home on display is the ‘Bulle Six Coques’ by French designer Jean-Benjamin Maneval. A new ‘Bulle’ unit will be fully renovated on-site with visitors to the exhibition able to monitor its restoration in person. The final futuristic structure was designed by Georges Candilis, an architect who worked in the office of Le Corbusier. He developed a beach-side colony of hexacube ‘space cells’, which was used as a holiday resort before being dismantled. 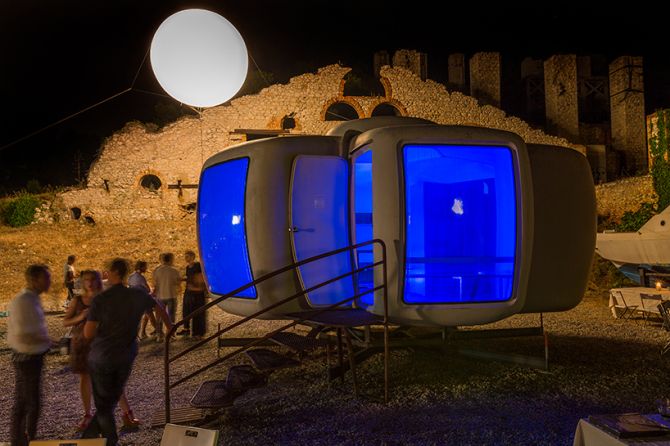 Besides these outstanding sci-fi-influenced tiny homes, ‘Pavillon-Skulptur II’ by Swiss architect and artist Max Bill is also on display. All these eccentric futuristic micro-dwelling designs show that tiny house living has been an age-old concept.

A few farsighted architects and designers saw the possibility of tiny home living back in 60s and 70s. If you want to have a closer look at these sci-fi-themed tiny houses, you must visit Utopie Plastic exhibition, which is on view by appointment from July 1 to October 1, 2017. 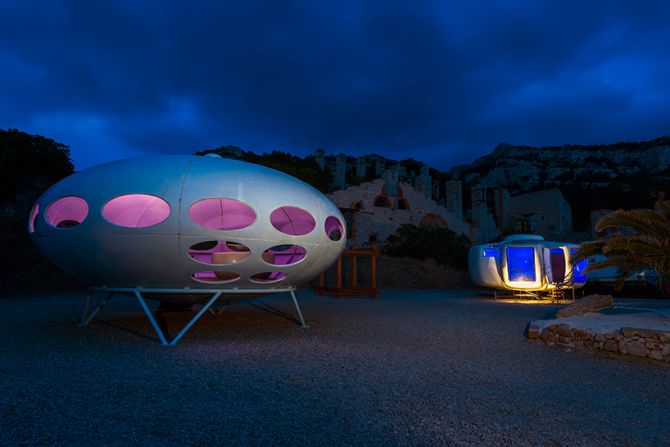 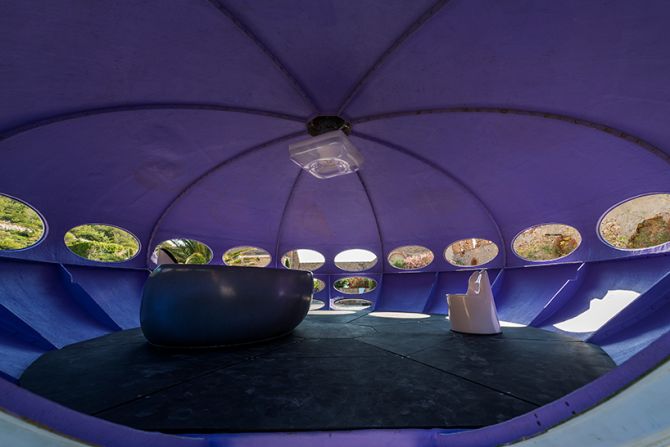 Interior of the Futuro House 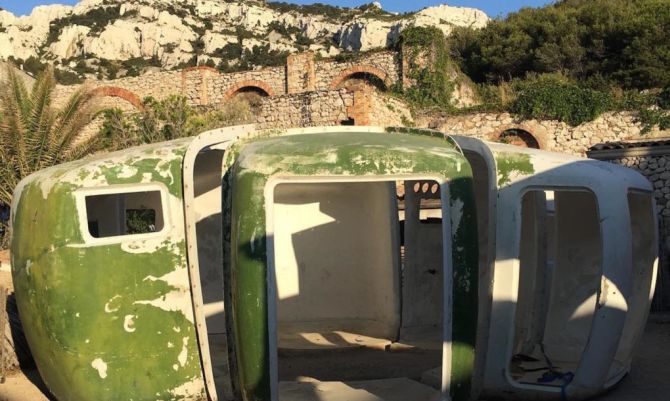 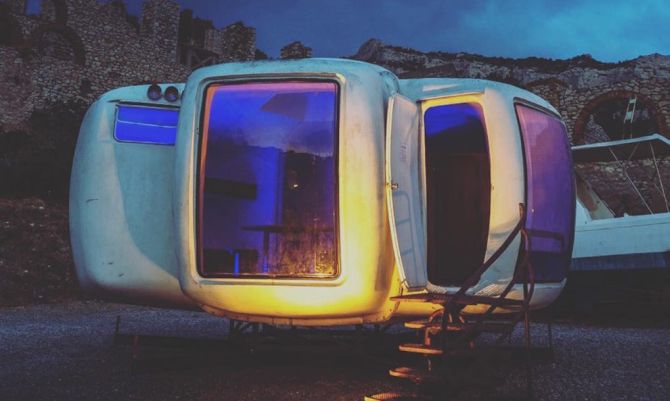 Hexacubes were used as a holiday resort before being dismantled 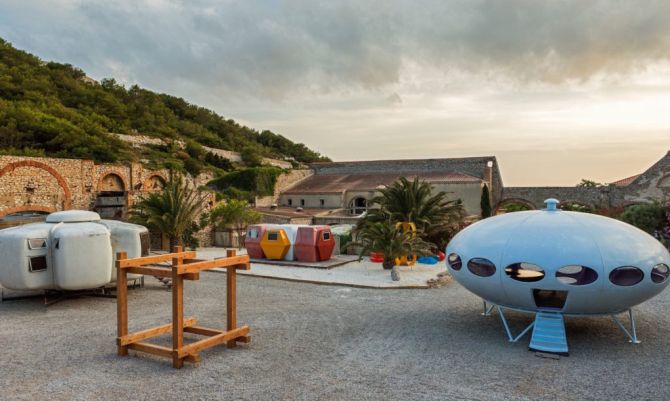 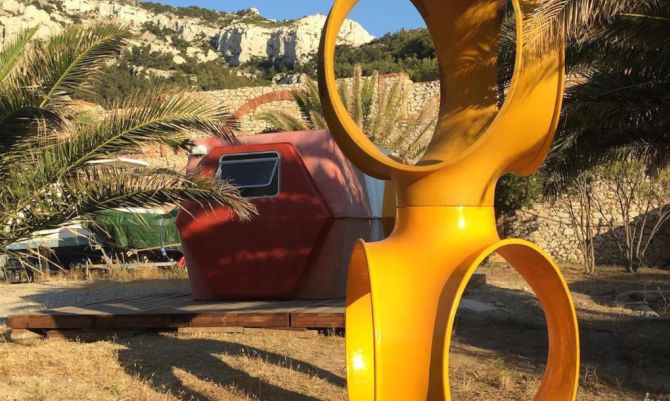 Different retro tiny homes are being displayed at the exhibition 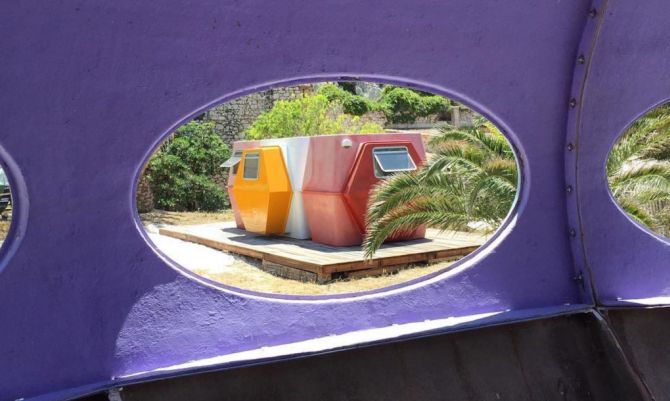 Outside view from the Futuro House