We all here at MyCoolBin love hot rods and are crazy for steampunk themed creations. Therefore, when both of these come together, it’s pretty tough for us to control our excitement. British inventor Paul Bacon known for building wild hot rods and Custom cars has come up with his new creation. Yes, a steampunk hot rod! It looks likes to have come alive straight from 2015 post-apocalyptic action film, Mad Max: Fury Road. Christened Automatron, this is Paul’s most ambitious project yet – a steampunk hot rod built from scratch.

Paul is a renowned builder of bespoke customer cars who started work on Automatron back in 2015. Taking inspiration from horse-drawn carriages and top fuel dragsters, Automatron is his most expensive project yet. This fender-less and engine’s out hot rod is also the most labor-intensive vehicle Paul has ever made. 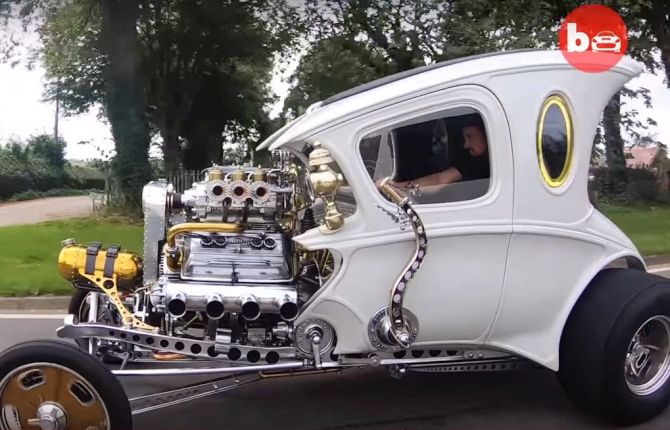 The Automatron Steampunk Hot Rod is built from scratch and most of the parts are custom made for the car itself. The custom car is powered by a 3.5L supercharged V8 engine and can hit a top speed of 110mph. Automatron started with a 1924 Singer Sport base and different parts were imported from various sources. For instance, the hot rod comes with a switch gear from a Lancaster Bomber and the front wheels of an Austin 7. A gas bottle has been used as the fuel tank. Besides that, navigation binnacle has been taken from a ship.

The Automatron steampunk hot rod was built by Paul Bacon in about four and a half years. The custom car has also won the maverick inventor critical acclaim. Paul was highly praised for the hot rod’s distinctive design. Paul is selling this one of a kind hot rod, so interested customers can contact him for pricing and other details. Well, as cool as it looks, we are sure it will come with a hefty price tag. 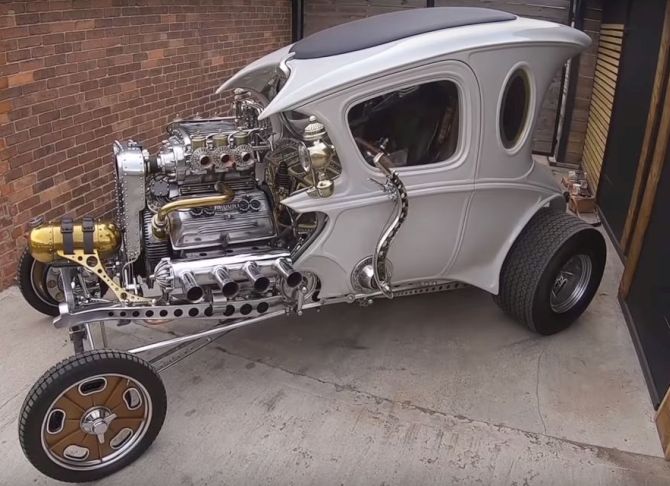