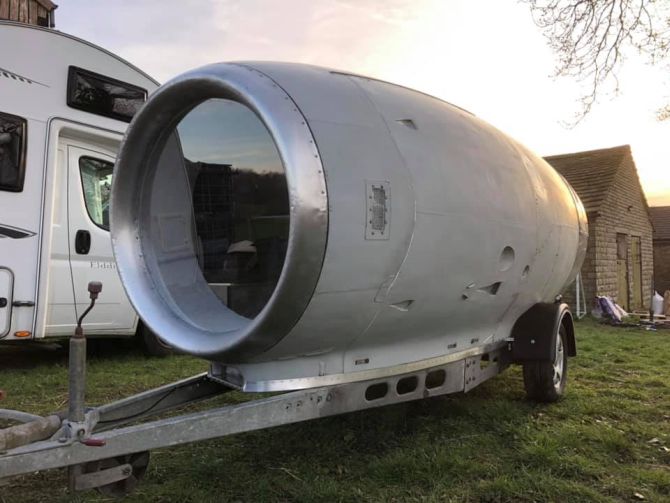 We have seen discarded airplanes and their parts being converted into dream houses, diners and restaurants in the past. Well, today we are showing you a one-of-a-kind camper called VC10 caravan pod that is built using a fighter jet engine. Steve Jones, a UK-based Ex- RAF aerospace mechanic has transformed the housing of an old fighter jet engine into a cool custom camper. The engine housing used for the camper was taken from a 1967 Vickers VC10 jet airliner. This particular aircraft was used by the British Air Force for about 45 years.

The VC10 caravan pod is a four-bed travel trailer that comes with a fully functional kitchen as well. The project was 6 years in the making. Interestingly, Steve Jones assembled the caravan in just three months. It took him over 1000 man hours for the entire project of turning an aircraft engine nacelle into a caravan. The most time-consuming thing was the fabrication part. He is planning to use it for a holiday with his family. His VC10 caravan pod was also featured on George Clarke’s Amazing Spaces, a popular British television series. 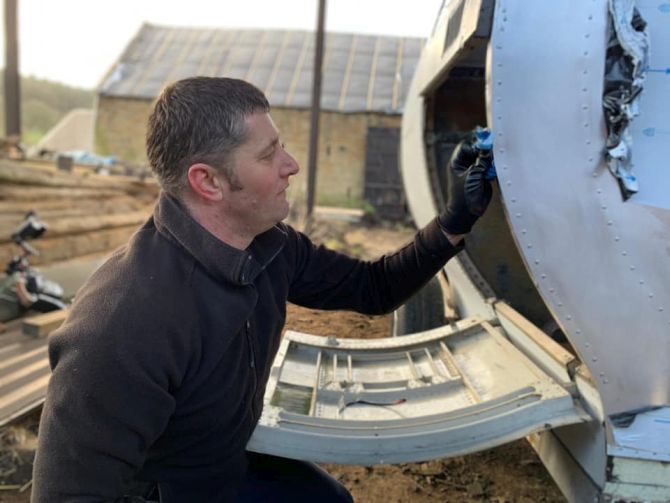 The 1967 Vickers VC10 jet airliner used for the camper trailer was decommissioned in 2012. With 38,383 flight hours logged, the aircraft was sent to a scrapyard. Luckily, the scrapyard was owned by one of Steve’s pals from where he managed to get his hands on the engine nacelle. He has created many caravans and camper trailers in the past, but this one is the best till date. The four meter VC10 caravan pod comes with four beds and kitchen. 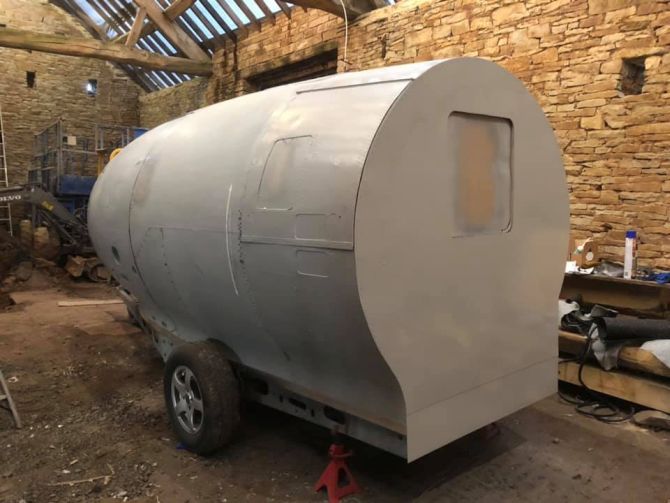 Steve Jones built the entire caravan by spending a sum of $5,000 only. However, with the unique design and popularity, he has received offers up to $31,000 for the pod. As for now, he has no plans to sell it and is looking to take it on family trips starting later this year. 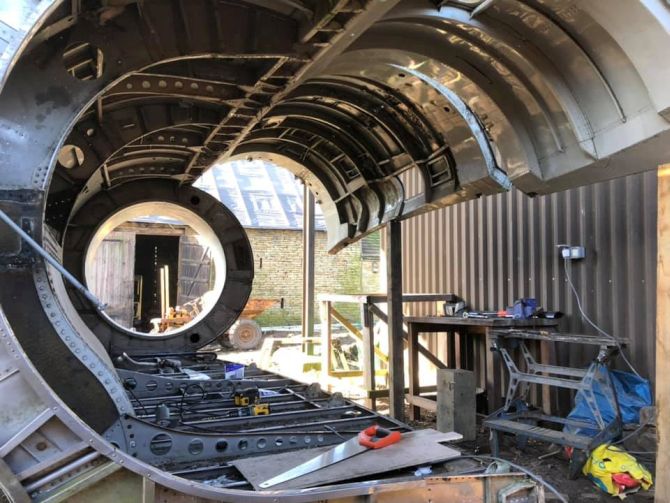 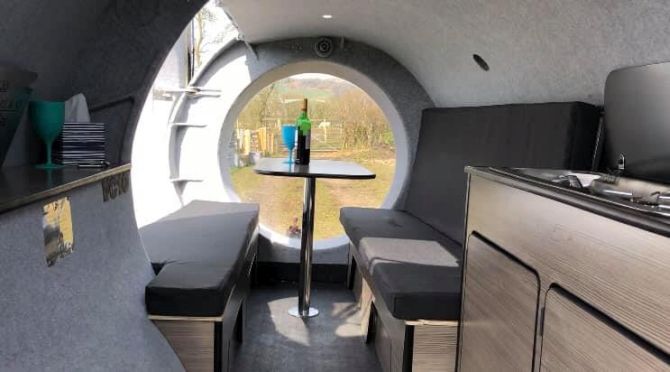 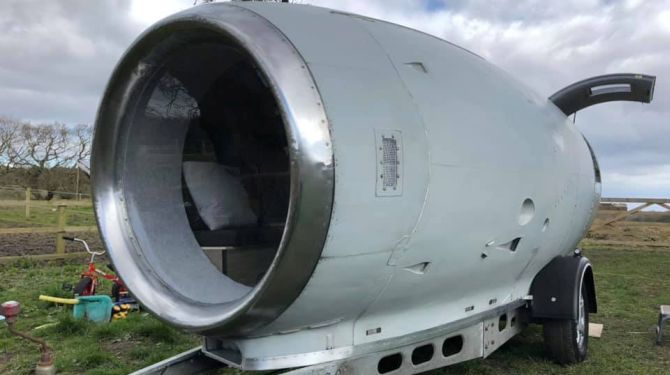 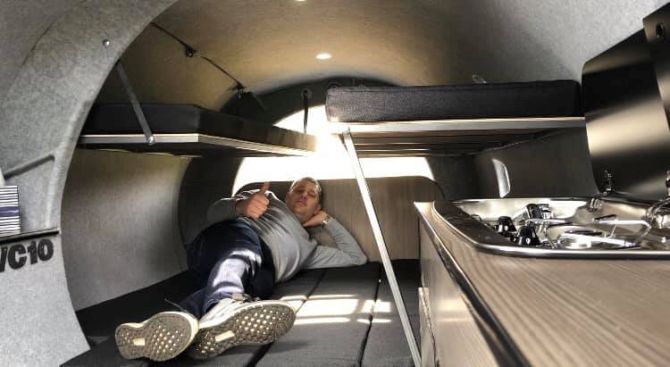