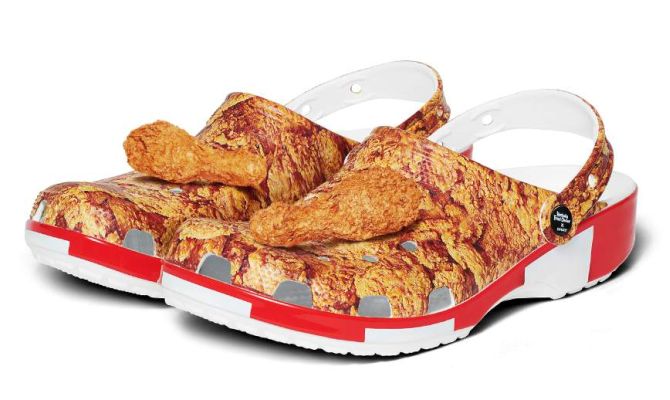 What’s common between Crocs and KFC? Well, for now it’s a limited edition shoe. In one of the most unexpected collaborations of this year, Colorado-based shoe manufacturing company Crocs have teamed up with KFC to introduce a limited edition chicken-scented shoe. Yes, you read that right! The official KFC licensed proprietary footwear made in partnership with Crocs was first unveiled back in February. It was during the New York Fashion Week where South Korean artist MLMA was seen wearing high platform version of the bucket crocs. 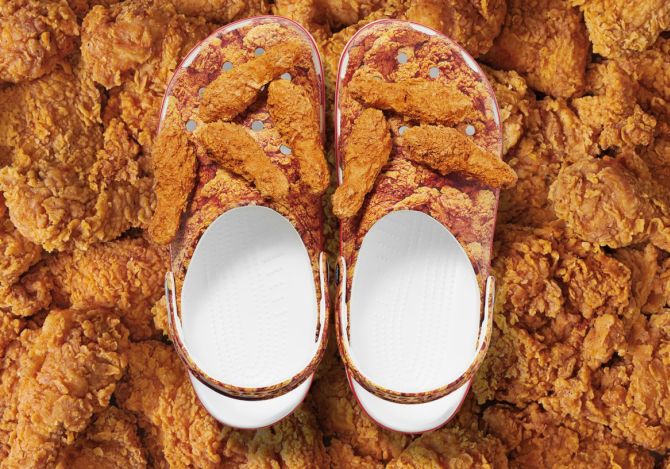 The Kentucky Fried Chicken x Crocs comes covered in a fried chicken print and a striped base. Also, each pair of the footwear comes with two Jibbitz charms designed to resemble and smell like fried chicken. The chicken printed shoe comes in two versions- a high platform heeled version and the classic clogs. However, the heeled variant is not for sale and was offered to various celebrities as a part of KFC’s promotion program. 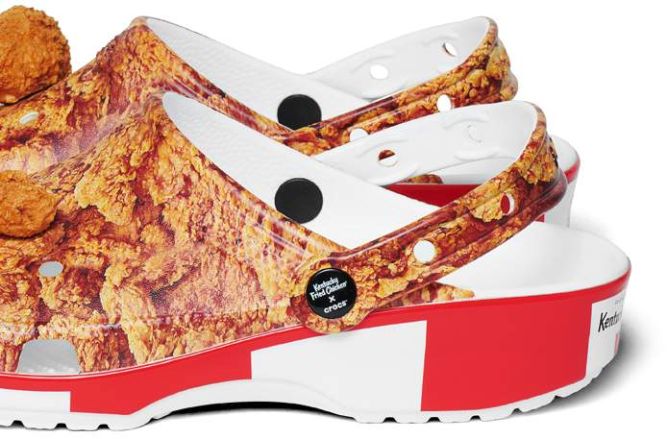 Also Read: Feel the ‘Force’ on your feet with Star Wars-inspired shoes

The Kentucky Fried Chicken x Crocs Classic Clogs were made available for purchase for customers on 28th July at 12PM ET. Priced at $59.99, these special edition crocs were sold out in just half an hour after they went on sale. KFC tweeted at 12.31PM which stated: “Bad news is the KFC x @Crocs are officially sold out. Good news is you can still buy a real bucket of chicken at KFC. Don’t wear them.” 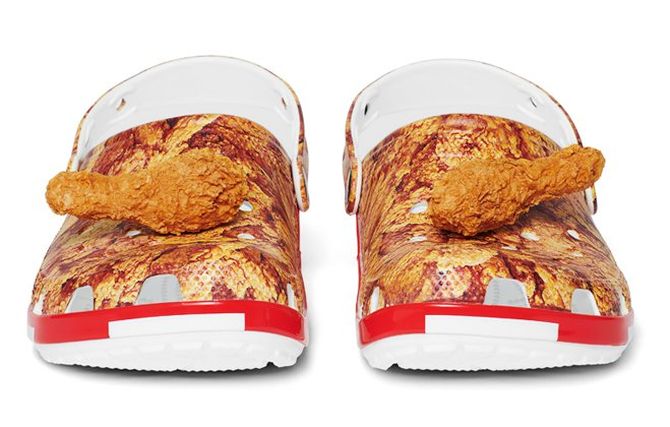 There were few disappointed people out there who really wanted these unusual crocs. Few of them expressed their disappointment on social media. Well, there’s nothing that can be done now. Hopefully, looking at the interest in people, the two brands might team up once again in the near future. Meanwhile, keep your fingers crossed. 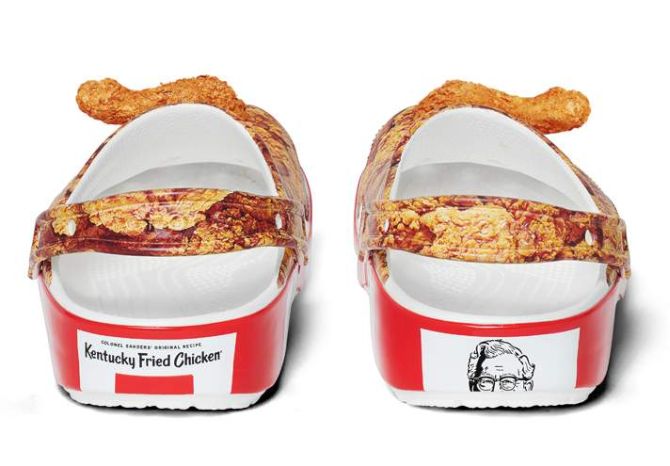 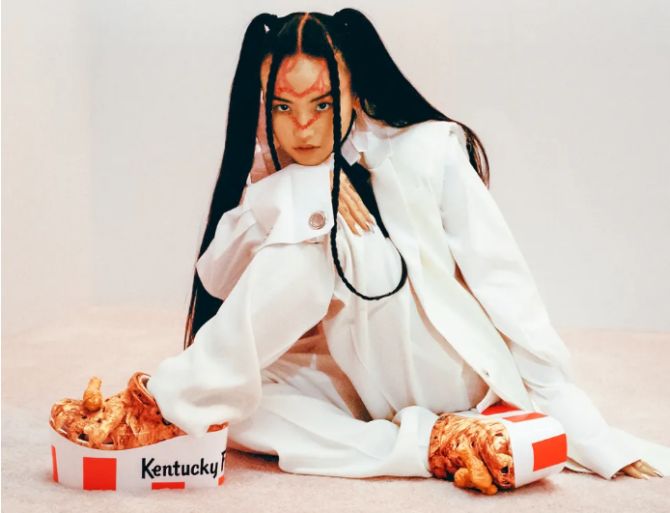